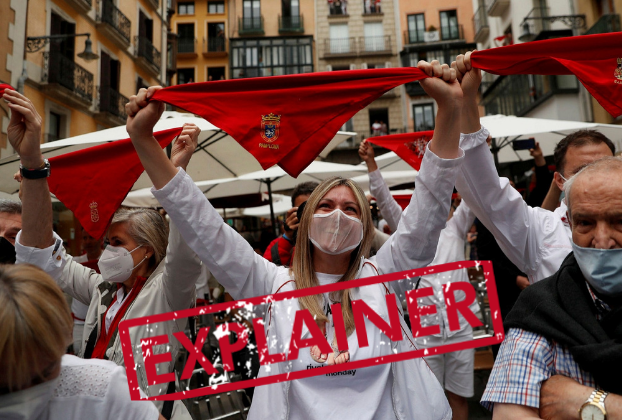 The Omicron variant of coronavirus is spreading fast with massive spikes in daily cases in various nations. World Health Organization has even warned that half of Europe to be infected with Omicron within the next six to eight weeks.

Amidst this new wave of the Covid-19 infections, a news report is making rounds on social media claiming that Europe is considering relaxing mask and vaccine mandates and treating Covid-19 as ‘flu’.

Users have been sharing the link and the screenshot of the news article by Orissa Post titled: “No more Mask and Vaccine Mandate: Europe starts considering covid-19 as flu asks people to live with it” (Archived)

Many people have expressed their displeasure over the news of “no mask and Vaccine Mandate in Europe.”

“There could be nothing more bizarre and dangerous than this stand being taken by some Governments. And because of the stupidity of some of these countries, citizens of other European countries are also defying the precautions we are supposed to be taking,” a Facebook user wrote.

Fact Crescendo received many requests about this news article on our WhatsApp FactLine (9049053770) asking whether Europe really had taken such a decision.

The answer in one word is: NO

Let us explain in detail.

The report published on 12 Jan mentioned that “Spain is calling for Covid-19 to be treated as an endemic disease, like the flu, becoming the first major European nation to explicitly suggest that people live with it.”

The news report was based on a radio interview of Spanish Prime Minister Pedro Sánchez on Monday.

Nowhere in this report by the Orissa Post had it mentioned that European nations have relaxed or even considered relaxing mask and vaccine mandates.

Point to be noted that this report was not done or written by the Orissa Post themselves. They only published it from a syndicated feed from IANS. Even NDTV has the same report (except for the headline) on their website.

All these media websites have merely published an article first done by Bloomberg.

“Spain became the first major European nation to call for Covid-19 to be treated as an endemic disease, like the flu,” reports Kevin Whitelaw for Bloomberg on Jan 11.

It clarifies that the Orissa Post has changed the headline of the original news and added “No more mask and Vaccine mandate” in the title.

ALSO READ: COVID-19 Vaccination has NOT been banned by the German Government

What did Spanish PM say?

Prime Minister of Spain Pedro Sánchez had given an interview to Cadena SER radio station on Monday, Jan 11.

Citing the omicron variant’s lower hospitalization and death rates despite the record number of infections, Sánchez expressed a prospect of Europe moving beyond pandemic-style restrictions on normal life.

You can watch his full interview below.

Nowhere in this interview, he say he would revoke mask or vaccine mandate.

Speaking about the effectiveness of the masks, Sánchez said, “Scientific evidence says that the mask also helps outdoors. Along with vaccination, the mask is one of the most effective measures.”

Since December 22, wearing a mask outside is mandatory in Spain. Sánchez had announced the rule for face-coverings outside in response to a dramatic rise in Covid-19 infections.

He even claimed in the radio interview that more than 90% of the Spanish population had been vaccinated. He also announced that Spain would purchase 344,000 doses of COVID antivirals developed by Pfizer.

ALSO READ: Bill Gates did not “confess” that Covid-19 vaccines should be withdrawn immediately

Spanish PM Pedro Sánchez’s comment on treating the Covid-19 pandemic as an endemic illness like flu has caused fiery debate.

In the interview, Sánchez revealed that the Spanish government was considering changing how it tracks the pandemic’s evolution to instead use a method similar to how it follows the flu.

“We have the conditions to gradually, with precaution, open the debate at a technical level and European level, to start evaluating the evolution of this disease with different parameters than we have until now,” Sanchez said.

Leading Spanish daily El Pais had first reported that Spain was going to adopt a new Covid-19 surveillance system akin to the one that has been used to monitor the flu.

The new system will extrapolate numbers from a statistically significant sample, rather than rely on daily reporting of each and every diagnosed infection. Under the new system, there will be no more reporting of every single diagnosed infection, nor will tests be carried out at the slightest symptom. The coronavirus will be monitored just like any other respiratory illness.

ALSO READ: Phantom Comics Did Not Prophesize about ‘China Virus’ in 1957

What Does WHO Say?

“We still have a huge amount of uncertainty and a virus that is evolving quite quickly, imposing new challenges. We are certainly not at the point where we are able to call it endemic,”Catherine Smallwood, senior emergency officer for WHO Europe, told a press briefing.

Hans Kluge, WHO director in Europe, made clear on Tuesday that Covid-19 cannot yet be considered an endemic disease. Experts from the WHO believe that cases will have to stabilize before this can happen, and display more predictable patterns.

ALSO READ: No Movie Named ‘The Omicron Variant’ Was Released in 1963

Difference between Influenza (Flu) and COVID-19

The flu is very common, especially in the season, and usually, the symptoms are fever, headache, muscle ache, but also upper respiratory symptoms such as sneezing and coughing.

Covid-19 has specific symptoms such as anosmia, which is a lack of smell taste. (Information from WHO)

Compared to flu, COVID-19 can cause more serious illnesses in some people. COVID-19 can also take longer before people show symptoms.

Because some of the symptoms of flu and COVID-19 are similar, the difference between them cannot be made based on symptoms alone.

Testing is needed to tell what the illness is and to confirm a diagnosis. People can be infected with both flu and the virus that causes COVID-19 at the same time and have symptoms of both influenza and COVID-19.

Update: Orissa Post has corrected the headline of the article after the issue was flagged to them.

Title:EXPLAINER: Has Europe Proposed To Relax Mask And Vaccine Mandate? 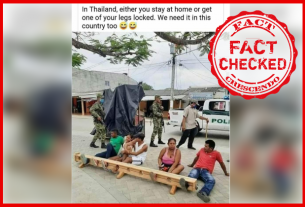 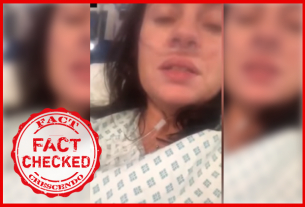 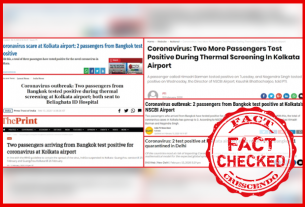