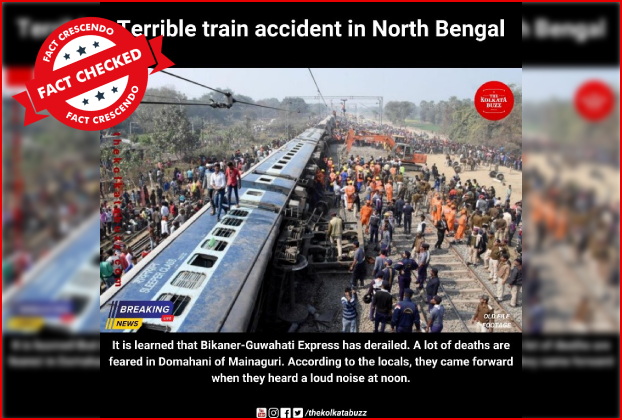 The image shows a derailed passenger train near Sahadai Buzurg railway station in Bihar in 2019.

An image showing a derailed train surrounded by people is widely circulating on social media. The claim made along with the image is that recently Bihar-Guwahati express derailed in the North of Bengal.

Recently, seven persons were killed after 12 coaches of the Bikaner-Guwahati Express derailed in West Bengal’s Jalpaiguri district. Over 40 others injured in this accident.

The caption of the post mentions, “It is learned that 6 bogies of Bikaner-Guwahati Express have derailed. Another bogie climbed on top of one bogie. As a result, the death toll could rise sharply. It is learned that the accident took place around 5 pm that day.”

We started our investigation by running a reverse image search on Google; the results led us to the image that was published by the Irish Times on 3 February 2019.

The caption of the image states “Rescue workers look for survivors after the passenger train derailed near Sahadai Buzurg railway station in the eastern state of Bihar, India on February 3rd Photograph: Reuters/Stringer.”

Taking a cue from the information, we ran a keyword search on Google that led us to the website of the Reuters (news wire agency) who had published the same image.

The caption of the image states that this shows rescue workers looking for survivors after a passenger train derailed near Sahadai Buzurg railway station in the eastern state of Bihar, India on February 3, 2019.

India Today published a ground report on this incident on 3 February 2019. They mentioned that the Seemanchal express derailment took place due to a fracture in railway tracks. The accident on the Delhi-bound train occurred in Vaishali district of Bihar. The train was running between Jogbani and Anand Vihar Terminal. This incident claimed lives of 7 people and injured more than 20 people.

Fact Crescendo found the claim made along with the viral image on social media to be Partly False. The incident of 12 coaches of the Bikaner-Guwahati Express derailment in West Bengal is true. However, the image circulating as the image of the incident is False. The image dates back to 2019 showing a derailed passenger train near Sahadai Buzurg railway station in Bihar. 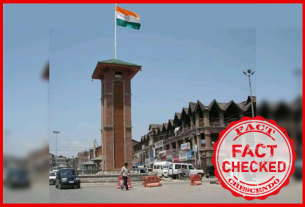 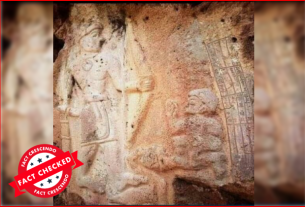 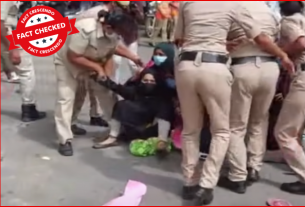