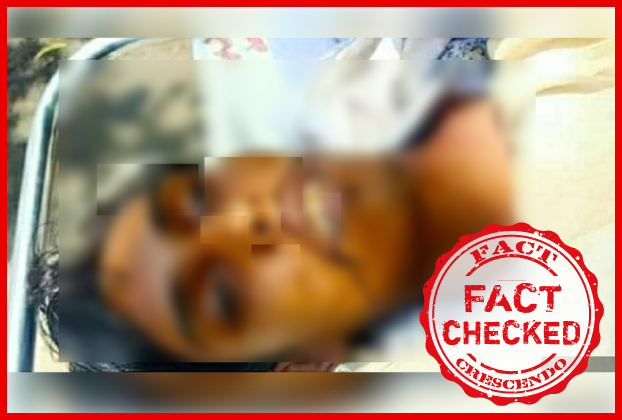 A picture is being shared on social media with the claim that a Muslim boy Rizwan has died after being beaten up by the Uttar Pradesh Tanda police as he went out to buy biscuits and other household items during the lockout.

The title of the post reads that “A Muslim boy, Rizwan, was killed after being beaten by the police in Tanda (UP).” His relatives say he was hungry and went out to buy biscuits and other household items.

We started the investigation by searching for the news report on Google with keywords related to the above incident, as a result of which we found an article of ‘The Hindu’ published on 18th  April 2020. According to this article, daily wage worker Rizwan Ahmed died in Ambedkar Nagar district of Uttar Pradesh and his father alleged that Rizwan died three days ago due to injuries suffered as a result of being beaten by the Tanda city police.

To get more information about this incident, Fact Crescendo contacted SP Alok Priyadarshi of Ambedkar Nagar, he told us that: –

“The claims made through this incident on social media are absolutely false. Rizwan’s death was not caused by the police beating him. After his death, his father told us that he was beaten up by the police at the Taj of Ganj. But we did not find anything like this in the CCTV cameras footage there. According to the post mortem report after Rizwan’s death, he died of Pericardial Effusion and wound injury. Regarding the wound injury, Rizwan’s family informed Rizwan’s family doctor firstly and then the hospital doctor that Rizwan’s injuries were caused by a motorcycle accident. During the treatment also no one from the family mentioned that he was beaten up by the police. Rizwan was also suspected to have septicemia in the injury report.”

The Post mortem report of Rizwan was accessed by Fact Crescendo, as per the report Rizwan died due to pericardial effusion and wound infection.

Apart from this, we found a video explanation given on the official Twitter account of the Ambedkar Nagar Police where the Superintendent of Police said that they have examined the CCTV footage and no such incident took place at the place mentioned by Rizwan’s family members. There was no mention of injuries due to lathicharge on the body of the deceased in the postmortem report. Also, the police have said that, in the report, it was mentioned that the deceased had lung and heart infections and the injuries were caused due to his falling  down from a motorcycle, which was confirmed by a local doctor.

In another tweet, Ambedkar Nagar police has also uploaded a video along with the recording of the statements of the local (Tanda) doctor. The doctor shown in the video is the family doctor of Rizwan. In the video, the doctor states that five to six days ago, Rizwan’s family member asked him for medicine, saying that Rizwan was injured after he fell off a motorcycle and later, on the second day, when he visited Rizwan’s house for treating him, wounds appeared on his feet, but even then no one mentioned that Rizwan was beaten up by the police. The doctor said that he was repeatedly told that Rizwan got hurt after falling off his motorcycle.

Ambedkar Nagar Police also tweeted condemning and denying the fake news being spread on social media regarding this incident. It is clearly written in this report that Rizwan’s death was due to heart and lung infection. Also, as per his postmortem report, there were no injuries inflicted by sticks on his body.

However, according to some media reports, Rizwan Ahmed gave a written statement before he died, according to which he confessed that he was beaten by the police. In this regard, when we spoke to SP Alok Priyadarshi, he told us that “the police have no written statement given by the dead person nor any such statement has been made available to the police. Also, he told us that no complaint has been lodged by Rizwan’s father or anyone from his family in this case. Despite the fact that the police repeatedly requested Rizwan’s father or family  to confirm the place where the police had beaten his son. If a complaint is lodged by them, then the police will take cognizance of their complaint.

The things that have come out in this whole episode,

1 – Family doctor and subsequently the hospital in which Rizwan was treated, both were told that a fall from the motorcycle caused the injures.

2 – No such incident was found to be recorded when the  CCTV footage was traced to the place of incident reported by Rizwan’s father.

4- The post-mortem report clearly states the cause of Rizwan’s death, which is pericardial effusion and septicemia, with no mention of injuries caused by lathi-charge on the body of the deceased.

5- No complaint letter was given even after Rizwan’s father made serious allegations against the police.

Conclusion: We found the above post wrong after checking the facts. The aforementioned claim on social media that the Tanda police in UP beat Rizwan to death for violating the lockdown is wrong. According to the postmortem reports of Rizwan, he died due to heart and lung infections and from septicemia. No injury inflicted by sticks was found during post mortem. 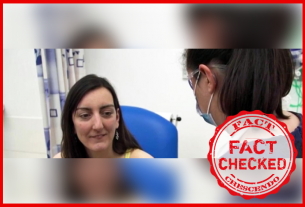 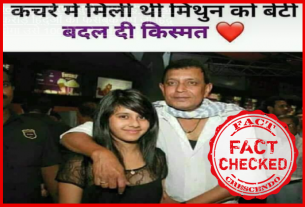 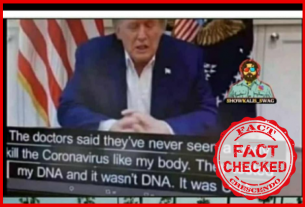