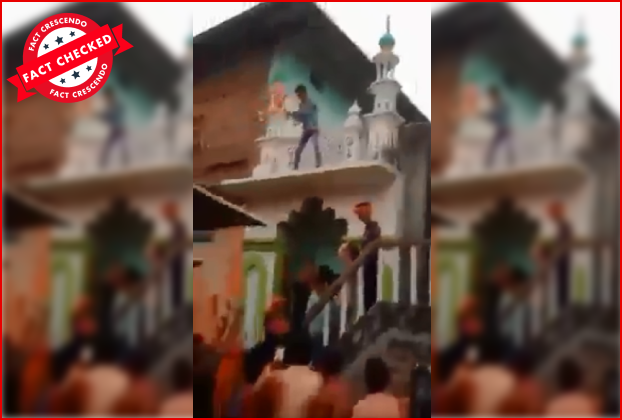 The video does not belong to Karauli, Rajasthan and not related to the recent communal violence there. The video is of an incident that took place in Uttar Pradesh during a Hindu New Year procession.

Curfew was imposed in Karauli city of Rajasthan after communal tension broke out following stone-pelting at a motorcycle rally passing through a Muslim-dominated area on Nav Samvatsar, the first day of the new year under the Hindu calendar recently.

We started our investigation by running a keyword search on Google that led us to a tweet by the district collector and magistrate, Karauli in Rajasthan. They mentioned that this video is not from Karauli and strict action will be taken against the users spreading misinformation to instil communal hatred.

Taking a cue from this, we ran a keyword search on Youtube that led us to a video stating that this incident is from Gahmar in Ghazipur district, Uttar Pradesh. Several other users on social media shared this video stating that this video is from Ghazipur in Uttar Pradesh. Next, we found Sayyad Uzma Parveen (who describes herself as a ‘Human Rights, Women Rights and Peace Activist’) has posted images of the mosque in Gahmar in Ghazipur district. Upon comparing the image of the mosque with the mosque seen in the video, we found that it is the same structure.

Next, we found a Twitter user who shared this video mentioning that it is an incident from Gahmar. However, Ghazipur Police replied to the tweet stating that no such incident took place in Gahmar, Ghazipur.

Fact Crescendo spoke to the Rural SP of Ghazipur RD Chaurasia, who confirmed to us that the viral video is from Gahmar. The people organized a procession (Shobha Yatra) on 2 April during the eve of Hindu News Year, which started near this mosque. During this time, few youth climbed the mosque with the help of a ladder and hoisted the saffron flag. They also chanted slogans of Jai Shree Ram. The incident took place in the Dakhshini Masjid near the Kuber Rao Tola in Gahmar.We have identified the youth and have registered a case against them. SP Chaurasia also stated that the tweet by Ghazipur Police was made before the case was registered in this matter. Initially, the police had no information about this. However, later investigations revealed that the video belonged to Gahmar.

Fact Crescendo found the claim made along with the video to be False. The video is not of a Bajrang Dal member hoisting a saffron flag on a masjid in Karauli, Rajasthan. The video is not related in any way with the communal violence that took place in Karauli recently. The video shows an incident that took place in Ghazipur, Uttar Pradesh. On April 2, 2022, some people hoisted the saffron flag in the Dakhshini mosque. A case has been registered in the matter.

Title:Viral Video of a man hoisting a saffron flag on a mosque is not from Karauli, Rajasthan. 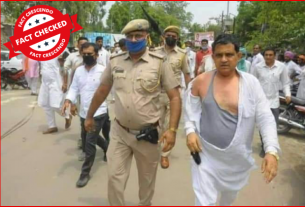 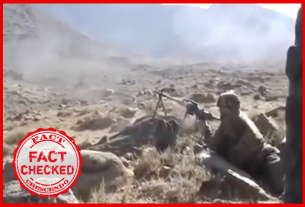 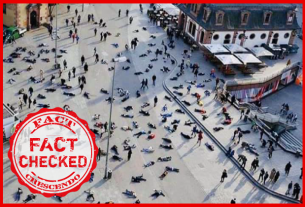 Coronavirus: Does this image show dead people on the streets of China?