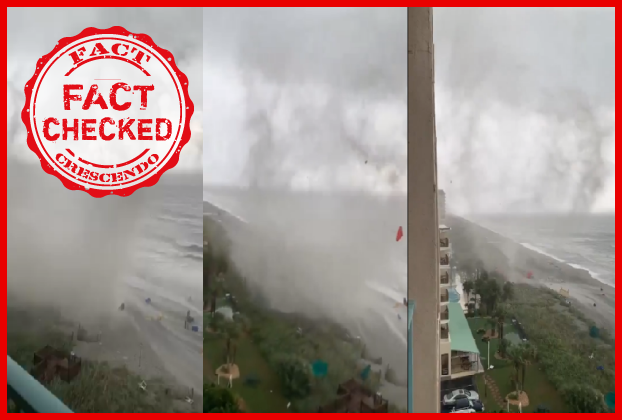 We started our investigation by using the InVid-We Verify tool to break the video into small keyframes and ran a Google Reverse image search on them which led us to a Facebook page called Natural Phenomena where the video was broadcasted on 26 September 2020. Was. The title of the video reads, “USA United States – Watersprout in Myrtle Beach, South Carolina, this afternoon on September 25, which was built on a landfall and turned into a tornado.”

Taking a cue from the above mentioned post we ran a keyword search on YouTube and tried to get more information about this video, the results led us to a similar video on an official YouTube channel called WXII 12 News Aired on 26 September, 2020. The title of this video reads, “Myrtle Beach tornado confirmed.”

In this video, you will get to see scenes similar to the ones seen in the video that are going viral.

Subsequently, we searched for more keywords on YouTube and tried to find the same video that was going viral, we found a video aired on 27 September 2020 on a YouTube channel called Disaster Compilations. The title of the video reads, ” EF-0 Tornado Hits Myrtle Beach, South Carolina – Sept. 25, 2020.”

The description of the video states that “The National Weather Service in Wilmington storm survey crew confirmed an EF0 tornado touched down near Myrtle Beach on Friday (25 September 2020) afternoon.”

The National Weather Service – Wilmington said on Twitter that there was no warning issued because sometimes brief tornadoes can happen between radar scans. Brief tornadoes often happen with tropical remnants.”

Conclusion- Fact Crescendo found the above-mentioned video to be False. The viral video is not from India and is not related to the recent Cyclone Yaas . The viral video dates back to September 2020 and shows a tornado hitting Myrtle Beach in South California. 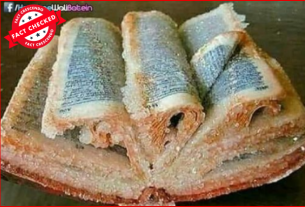 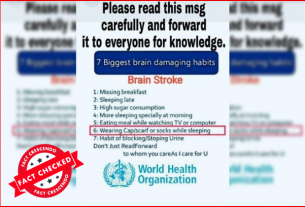 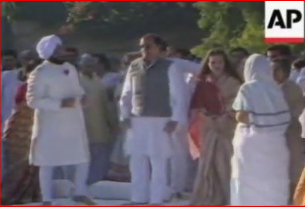