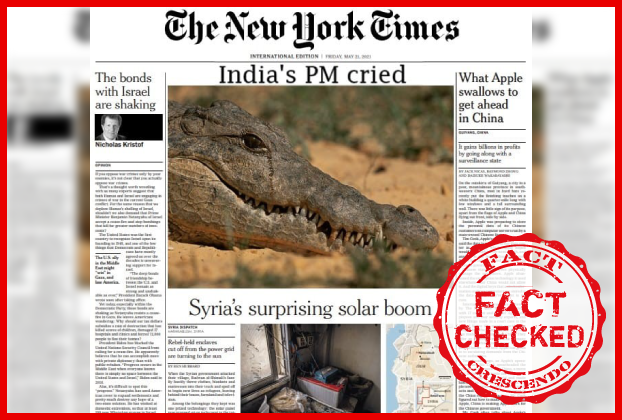 Interacting with doctors, paramedical staff and other frontline health workers of Uttar Pradesh’s Varanasi over the challenges posed by the pandemic, PM Narendra Modi on Friday, 21 May, became emotional, as he said:

“This virus took away so many people who were close to us. I offer my deepest condolences to their families.”

This image is widely circulated on Facebook claiming that the image of a crocodile as Narendra Modi has been published by the New York Times.

We started our investigation by searching “NYT on PM Modi crying” on Google to find the relevant news report. We were unable to find any results for this search.

Next, we visited The New York Times website to get access to the front page of the newspaper. From the results we found that not only is its lead image different from the one seen in the viral photo, but also the story on PM Modi does not feature anywhere on the front page of NYT’s official edition.

We found that the front page has completely different story. You can see the comparison image between the original newspaper published by the New York Times and the viral image on social media. It is clearly understood that the viral image on social media is digitally altered to show that PM Modi was compared to a crocodile by the International media.

We can also spot the similarities between on the images, the text above the newspaper’s lead image mentions: “There is no alternative. Solar energy is a blessing from God.”

The photo caption along with the lead image in the official edition reads: “Solar panels in Binnish, Syria. People whose lives have been upended by 10 years of war have embraced solar power simply because it is the cheapest source of energy around.”

It can be seen that the other stories mentioned in the viral image are same as NYT’s official international edition.


Further we found that a Twitter user named “The Daily New York Times” who has posted the same image with the caption as “Here’s some International news.” Retweeting this image, the user has clarified that this image has been posted as a Satire and asked the users not to take it seriously.

Fact Crescendo contacted The Daily New York Times and tried to get more information about the photo published in this tweet, they told us, “The news going viral is false. I digitally edited this photo and published it as a joke. You will note that I have a parody account written in my twitter bio, which clearly means that all my tweets are made as satire. No such news related to Prime Minister Modi has appeared in The New York Times.”

Conclusion– Fact Crescendo found the above-mentioned post to be False. The viral image on social media is digitally altered by a satire website and has not been published by the New York Times.

Title:Crocodile’s image on the NYT has been taken from a Satire website! 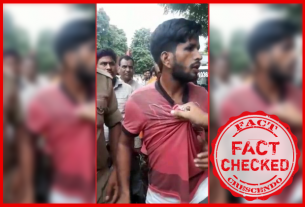 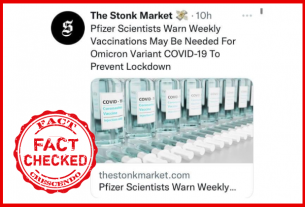 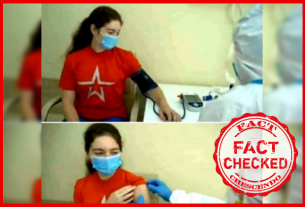 Is the girl receiving the Corona vaccine the daughter of Russian President Vladimir Putin? Know the truth behind this picture!