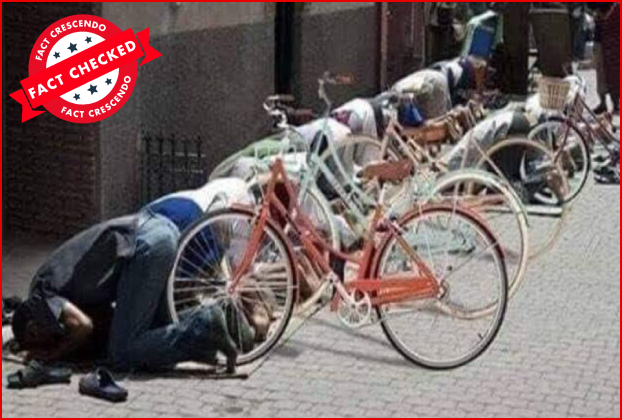 An image showing people belonging from the Muslim community is widely circulating on social media. This image was posted by the author of Toronto Sun, Tarek Fatah on Twitter account on 28 December 2022. The caption of the image states ‘Halal bicycle stand or is it the fear of theft while the momins pray.’

He shared the image claiming to show Muslim men being used as bicycle stands while offering Namaz on the road.

However, Fact Crescendo found the viral video to be digitally altered. Tarek Fatah has been known to have shared misinformation on his Twitter profile earlier as well.

We started the investigation by running a reverse image search on Google, whose results led us to a stock image website of Shutterstock. The caption of the image states, “Muslim men pray on a street on August 8, 2010 in Marrakesh, Morocco. Islam is the largest religion in Morocco.”

In this image, we cannot see the cycles parked behind the men offering Namaz. This makes it very clear that the viral image is edited. Photographer Matyas Rehak clicked the original image.

Further, we found that another version of the edited image was shared on an Italian satirical website named Facciabuco.

Fact Crescendo found the viral image to be Altered. Tarek Fatah shared an edited image with a false claim. The original image is from Morocco in 2010 and the bicycles have been digitally edited to the original image. 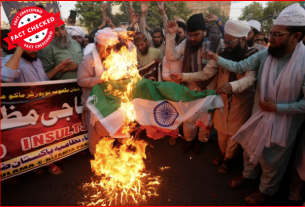 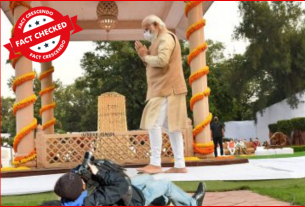 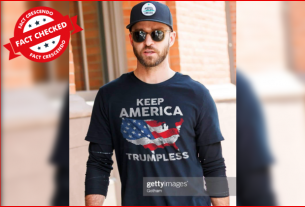