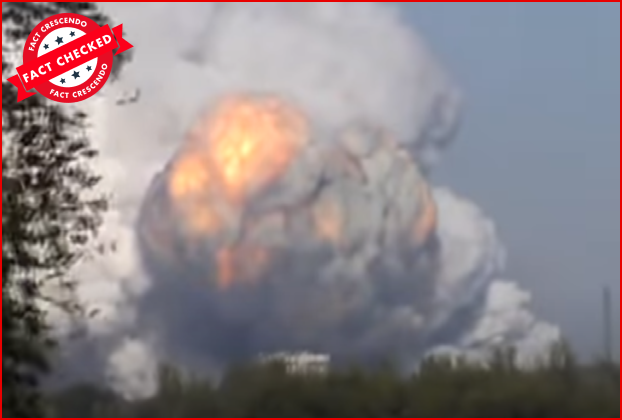 The viral video does not show the recent blast at the Azot plant in Severodonetsk in Ukraine.

The assault on Severodonetsk in Ukraine continues Russian shelling caused a huge explosion at a chemical plant. Amidst this, a video showing a blast followed by fire and smoke is widely circulating on social media with the claim that it shows an explosion at the Azot plant in Severodonetsk where hundreds of Ukrainians military is based. Users claim that the blast took place due to Russian shelling.

The caption of the Tweet states, “There was a powerful explosion at the Azot plant in Severodonetsk. Hundreds of Ukrainian military are based at the facility.”

We started our investigation by running a reverse image search on Google on one of the key frames of the video. The results led us to the same video published on YouTube in 20 September 2014. The caption of the video states, “09/19/2014 Explosion of the warehouses of the Donetsk state-owned plant of chemical products.”

The Donetsk People’s Republic is a breakaway puppet quasi-state located in Ukraine, formed on 7 April 2014.

According to news reports, Donetsk witnessed a huge explosion in 2014. The blast took place at the warehouses of the state-owned chemical products plant. However, there was no casualty during the blast. The sound of the blast thundered across the entire Kuibyshevsky district in the city of Donetsk.

Title:2014 video of blast shared as Russian shelling on Ukraine. 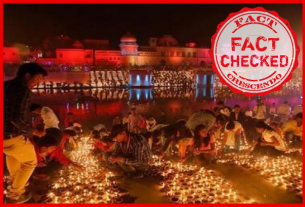 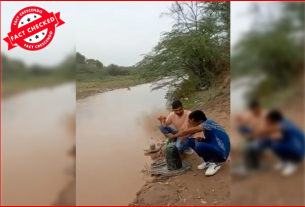 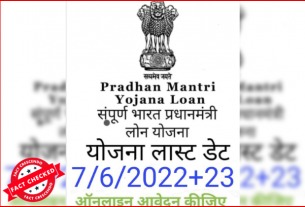