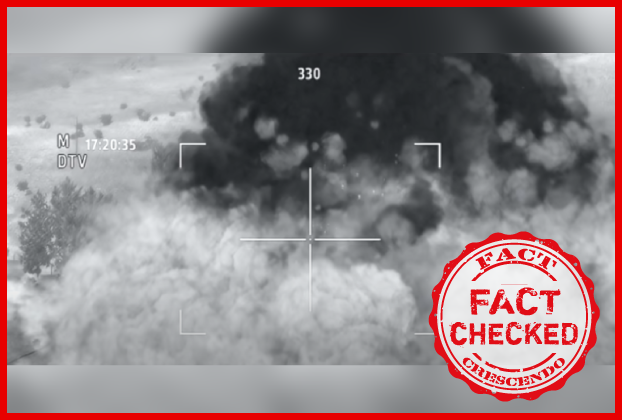 On 20th November, several news channels, based on a report by news agency PTI, reported that the Indian Army had carried out ‘pinpoint strikes’ to destroy terror launch pads in Pakistan occupied Kashmir (PoK). According to the news report, the Indian security forces had carried out pin-point strikes on terror launch pads in Pakistan occupied Kashmir (PoK). This claim was later refuted by the Indian Army. Amidst this, a video went viral on social media claiming to show the exclusive footage of the pinpoint strike carried out by India on PoK.

The caption of the post reads “Big Breaking News :- One more #AirStrike by @IAF_MCC in the PoK, Many #terrorists and their training camps demolished by #indianairforce Many terrorists also killed in this air strike.”

We started our investigation by conducting a Google Reverse image search on one of the key frames by InVid-We Verify tool that led us to the same video uploaded by the verified YouTube channel of Double Doppler on 9th July 2015. According to the description of this video, it is from a video game called Arma 2. The description adds as “Gunner perspective in the US Army Apache during battle, using FLIR camera with M230 sound mod. Like real life.”

Conclusion- Fact Crescendo found the viral video to be False. An old and unrelated clip is being circulated on social media with the claim that it shows a purported IAF strike in PoK. The viral video originally shows a scene from a video game called Arma 2. 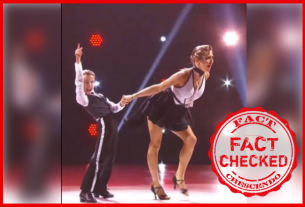 A Reality show performance passed off as Emmanuel Macron and his wife. 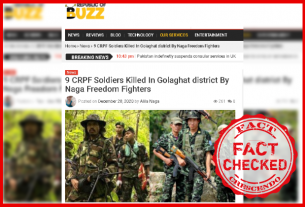 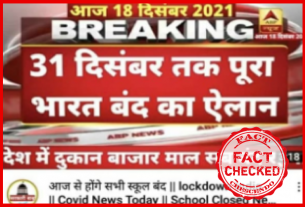