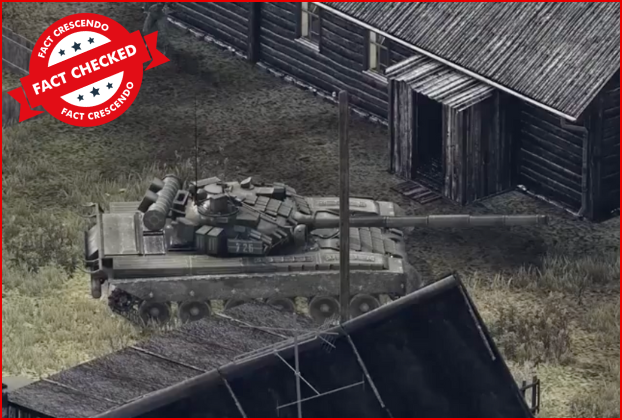 A video showing a drone bombing a village to destroy troops stationed there is being circulated widely on social media with users claiming that this is a video from the Russia- Ukraine war. The captions claim that the video shows a Bayraktar TB2 Drone destroying an entire village.

In 2021, the Ukrainian military conducted an exercise involving the Baykar Tech Bayraktar TB2 drone, it is now being used to fight Russia’s invading force amidst the ongoing war between Russia and Ukraine. This video, shared with details like the Bayraktar TB2 drone destroying a village and with the playlist’s name “News Ukraine vs Russia” has led many Facebook users to be misled into thinking the visuals are from the actual war.

The video is footage of a Warfare Simulation game and not from the Russia- Ukraine war.

The visuals are the exact same.

We went through the other videos on the channel and saw that they are mostly warfare Simulation videos, just like the one that was shared. The About section of the channel says “Hello there! I am creating Simulations! I plan to develop further to create the best Milsim videos out there that will keep you entertained!”

Therefore it is clear that the video does not show visuals from the ongoing war.

Fact Crescendo has previously debunked several video game visuals that have been shared as visuals of the ongoing war between Russia and Ukraine. You can read it here and here.

Fact Crescendo found the video may mislead without additional context. The video does not show a drone attacking a village and is just simulation visuals from a video game named Arma-3. However, it is true that there are news reports that state that such drones are being used in the ongoing war.

Title:Arma-3 Visuals shared as Drone footage from the Russia-Ukraine War 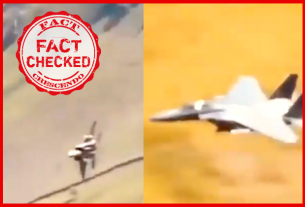 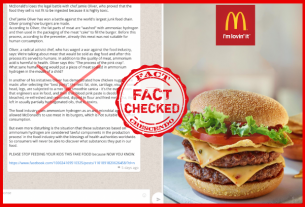 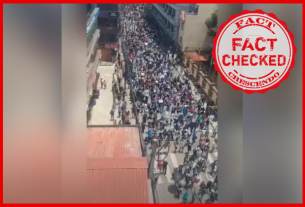