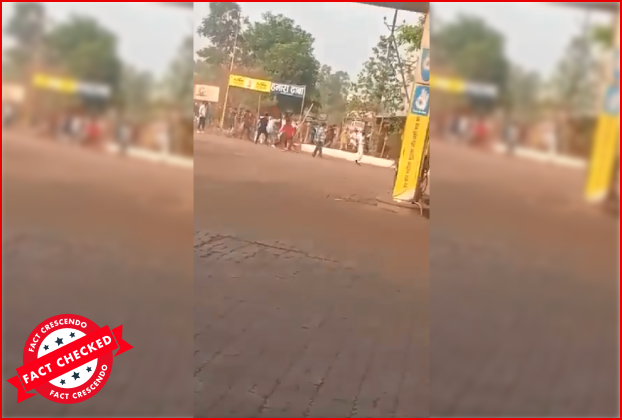 Rajnandgaon SP confirmed to us that the incident did not have any communal angle related to it. The police has already arrested five people in this matter.

A video showing a brawl between groups of people is widely circulating on social media with a claim that the brawl took place between local Muslim youths against a Dhaba owner in Chhattisgarh when he asked for money after the Muslim youths had tea at the Dhaba. The name of the Dhaba is Humara Dhaba located at Highway Road Durg-Rajnandgaon in Chhattisgarh.

According to the post few Muslim youth had tea at the Dhaba and refused to pay money, later a group of Muslim men attacked the Dhaba owner and the workers with sharp weapons and pelted stones as well. The post further claims that the police has allegedly not taken any action against the Muslim mob to deescalate the matter. Users are also blaming the Congress government over not having any control over the administration and judicial system.

The caption of the post roughly translated states “Durg/Rajnandgaon (Chhattisgarh) 15-17 youths of the Muslim community came to ‘Hamara Dhaba’ (Highway Road Durg-Rajnandgaon) to drink tea on the morning of 22 May 2022, and refused to give money after that. After the manager asked for it again, the Muslim youths argued with the manager but had to pay the bill reluctantly and leave. After some time, about 250 Muslim youth from the nearby Mazhar, located near the Yugantar school of Rajnandgaon, came holding knives, swords and sharp weapons. They attacked the Dhaba by pelting stones and attacked the Dhaba manager and his brother with knives, with the intention to kill them. Their condition is still critical. Amidst all this, the Chhattisgarh Police has not yet filed an FIR. Police is engaged in negotiating with those who attempted murder; the police said that the matter should not escalate. Let us tell you that there is a Congress government in the state of Chhattisgarh, crime has reached its peak, the government, and police have no control over crime. This is the beauty of Islam.”

We started our investigation by running a keyword search on Google whose results led us to a news by ABP News published on 23 May 2022. According to the news report, the incident took please in Chhattisgarh at the Highway near Durg and Rajnandgaon. The brawl took place between the owners and staff of the Dhaba and a group of people, which led to the owners of the Dhaba getting severally injured. The mob vandalized the items at the Dhaba and scattered as soon as the police arrived the spot. The police has registered a case against the miscreants in this matter. Three people were injured during an incident out of which two are being treated in the hospital and the other one is fine. The article did not mention that the mob was a Muslim mob and the incident is communal motivated.

We came across the details of the incident on Rajnandgaon Police’s Twitter account that states that five accused arrested for assault, rioting, attempt to murder in Dhaba of Police Station Somani area. The clarification mentions that the brawl took place after a scooter and truck collided with each other. The accused were arrested under IPC section 147, 148, 149, 307, 27 Arms Act.

Fact Crescendo contacted Rajnandgaon City SP, Gaurav Rai who gave us the details of the incident. He told us that, “ not all the members of the mob were Muslims. The mob had a mixed crowd including Muslim and Hindu men. Two people were going on a bike that lost its balance and hit a truck that was parked at the side of the road near “Humara Dhaba”. The driver of the truck was at the Dhaba whose men and many known persons of the bike drivers started a fight. As the shouting and arguments increased, it escalated into an all-out brawl. This group included both Hindu and Muslim men. The owners of the Dhaba tried to stop the fight but were injured as the arguing groups became violent. This entire incident does not have any communal angle to it. We have already arrested five people in this matter, which includes Hindu and Muslim men both. This is a usual incident of rage and brawl and has nothing to do with any particular community.”

Fact Crescendo found the claim made along with the video to be False and Misleading. The incident shown in the viral video is not a communally motivated incident. The mob seen in the video included both Hindu and Muslim men. The incident took place due to an accident on the roadside near the Dhaba that led to a fight, which escalated later on.

Title:Video of a brawl in a Dhaba at Chhattisgarh shared with a false communal claim 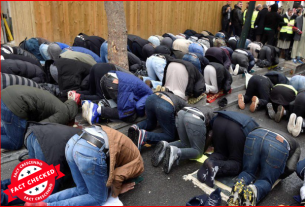 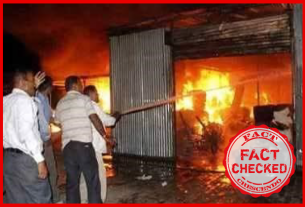 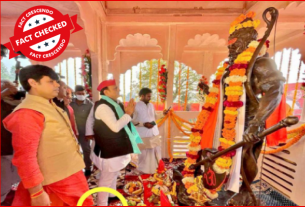