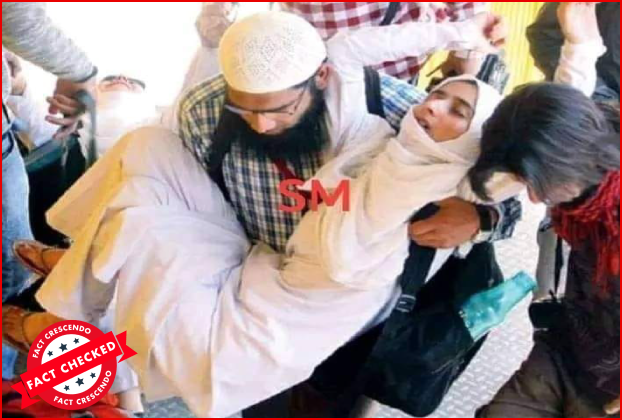 Muskan Khan’s father confirmed to Fact Crescendo that his daughter is absolutely healthy and alive.

A video of a burqa-clad student named Muskan Khan shouting slogans of ‘Allah-hu-Akbar’ went viral on the internet amidst the hijab controversy in March this year. Ever since the incident Muskan has been targeted with misinformation at several occasions.

This time sharing an image an unconscious girl with hijab social media users are claiming that Muskan Khan has passed away.

The caption of the post states, “#Muskan is no more. The girl in India who says Allahu Akbar voice. Muskan had shaken the world with her courage. The political parties have killed her. Allah please grant this sister the place in heaven Amin.”

We started our investigation by running a reverse image search on Google that led us to an article by Midday on 30 April 2017. According to them, the image is from Kashmir and it shows a young man carrying an injured college student to the hospital.

The image is from Kashmir, after protests erupted in 2016 after the death of Burhan Wani, leader of the militant group Hezbollah.

The police had to resort to repeated tear gas shelling and baton charges to clear the thoroughfare. The Maulana Azad Road was closed for traffic as students of the Government College joined students of Sri Pratap College and Sri Pratap Higher Secondary for Women, protesting while shouting pro-Azadi slogans.

Fact Crescendo contacted Muskan’s father Mohammad Hussain Khan who confirmed to us that Muskan Khan is healthy and alive.

Fact Crescendo found the claim made along with the viral image to be False. The image dates back to 2016 from Kashmir. Muskan Khan from Karnataka is healthy and alive. 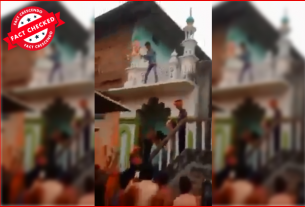 Viral Video of a man hoisting a saffron flag on a mosque is not from Karauli, Rajasthan. 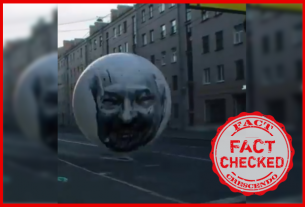 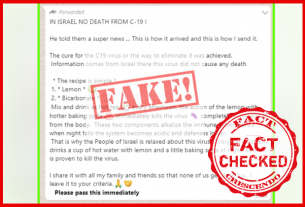