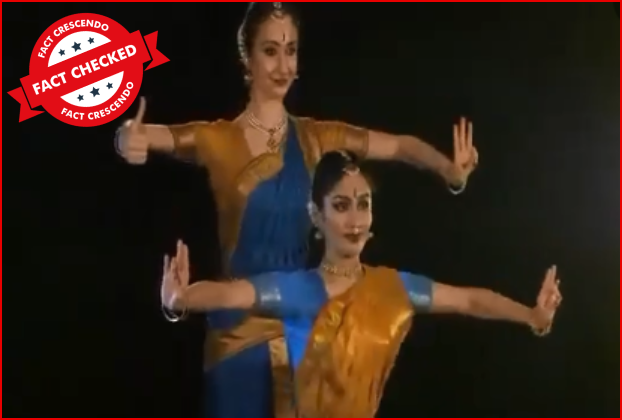 This video does not show Chinese robots performing at Disneyland in Shanghai.

A video showing an elegant Bharatnatyam performance by two dancers is widely circulating on social media with the claim they are Chinese robots at Disneyland in Shanghai. It is also said that the audience stood in a line to watch this performance for 4 hours and a ticket cost around 75 dollars.

According to the information given in the video, the names of the performers are Sophia Salingaros and Isha Parupudi.

We searched about the performers and found that Sophia Salingaros studied Bharatanatyam with Guru Dr. Sreedhara Akkihebbalu from the age of nine in San Antonio, Texas.

Since her debut recital – ‘Arangetram’ – in 2010, she has given many solo performances in the US and abroad..

Isha Parupudi is a Bharatanatyam and Kuchipudi dancer from Houston and a student of Rathna Kumar, and has also studied under Rama Vaidyanathan and Bala Kondalarao in India.

You can see their other performance below.

Fact Crescendo found the claim made along with the viral video to be false. The video shows performers Sophia Salingaros and Isha Parupudi who are Indian classical dancers based in the US and not robots. This video does not show Chinese robots performing at Disneyland in Shanghai.

Title:Chinese robots performing classical dance? No, they are real Indian dancers from the US 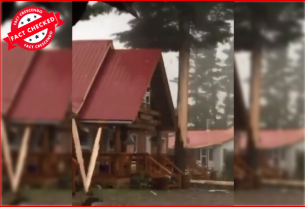 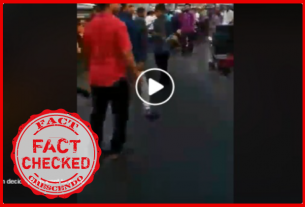 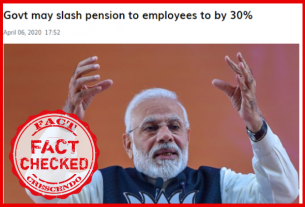 No, the Indian Government is NOT reducing employees’ pension by 30%