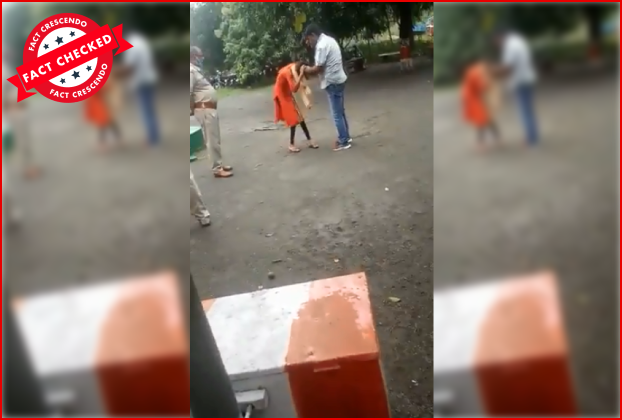 The incident took place in 2020 in Barhet, Jharkhand. The police officer was later suspended.

A video showing a police officer assaulting a woman is widely circulating on social media with the claim that Uttar Pradesh police assault women. Users have also tagged CM Yogi Adityanath to take strict action against these police officers.

The caption of the post reads, “Chief Minister Yogi Adityanath’s police administration protecting dignity of a woman! Such cases have become common every day in the current BJP government!”

We started our investigation by running a keyword search on Google to find relevant news reports on this incident. We came across a news report by News18 Bihar and Jharkhand published on 27 July 2020 with the caption “CM Hemant is very serious about the incident a woman being assaulted, tweeted and wrote – The incident is shameful, not worth tolerating.”

According to the news report by the Telegraph and Bhaskar, the incident took place in Barhet, Jharkhand in 2020. Harish Pathak, An officer in-charge (OC), who was posted in chief minister Hemant Soren’s constituency in Barhet in Sahebganj, was suspended hours after a video of him brutally assaulting a 20-year-old woman went viral on social media. Harish Pathak had summoned the girl to record her statement in connection to her kidnap case filed by her mother against one Ramu Mandal and his father. However, Pathak lost his cool when the girl told him that she is in love with Ramu, dismissing the complaint filed by her mother.

On July 25, the girl lodged a complaint before Sahebganj SP Anuranjan Kispotta against Pathak. Later, the OC, Harish Pathak was suspended and the investigation was given to the DSP.

Jharkhand’s CM Hemant Soren had quote tweeted the video asking to take strict action against the accused in July 2020.

Fact Crescendo found the claim made along with the viral video on social media to be Partly False. The video is not from Uttar Pradesh. The incident took place in Jharkhand in 2020 where the officer-in-charge was suspended after the video went viral.

Title:Old video of a woman assaulted by a police officer in Jharkhand shared falsely as atrocity by UP police 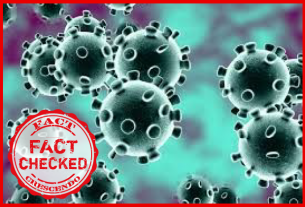 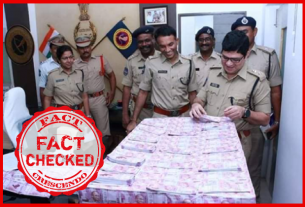 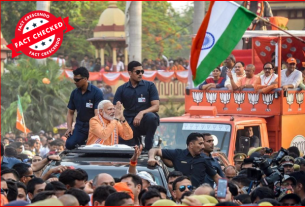