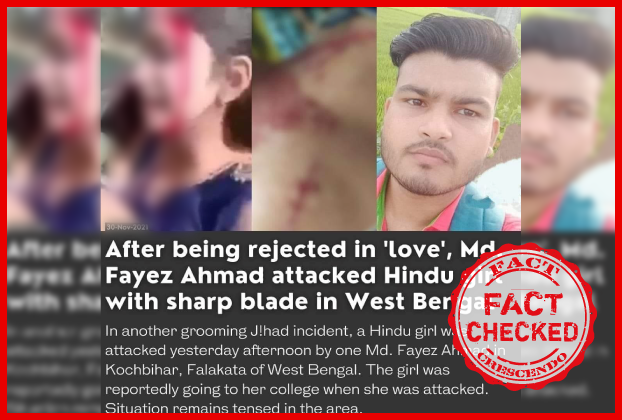 Falakata Police and the Principal of Falakata College confirmed to Fact Crescendo that both the accused and victim belong to the Muslim community. The love jihad angle to the story is False

An image showing an injured girl is circulating on social media claiming that a Muslim boy named Fayez Ahmad attacked the Hindu girl with a sharp blade because she rejected his love proposal in Falakata, West Bengal. The image is being shared with a communal and love jihad narrative. Users claim that this incident took place in Falakata in Alipurduar district when the girl was going to her college. Further, the users claim that after Fayez Ahmad was arrested, his supporters engaged in vandalism of local shops and set them on fire.

The caption of the post mentions, “West Bengal: Muhammad Fayez Ahmed of Falakata College; Alipurduar, attacked a Hindu female student, trying to inflict permanent scars on her face with blade. After his arrest, his well-wishers set shops on fire & engaged in vandalism. RAF had to be called in.” 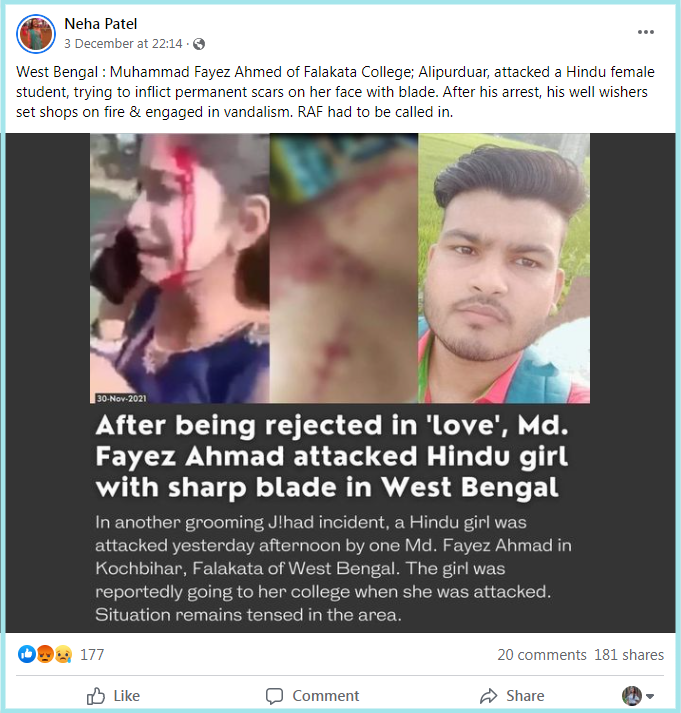 We started our investigation by running a keyword search on Google, which led us to a news published a Bengali newspaper “Ananda bazar” on 30 November 2021. According to the report, a young man named Fazadin Hossain stabbed his classmate and injured her for not responding his love proposal. The incident took place at Falakata College in Alipurduar district in West Bengal. Fazadin is a second year student living in Bara Sholmari under Ghoksadanga police station of Kochbihar district. Accused Fazadin was caught while fleeing the scene but was captured and beaten by locals. Police then took him to Falakata Super Specialty Hospital after rescuing him from the locals. He underwent treatment there. 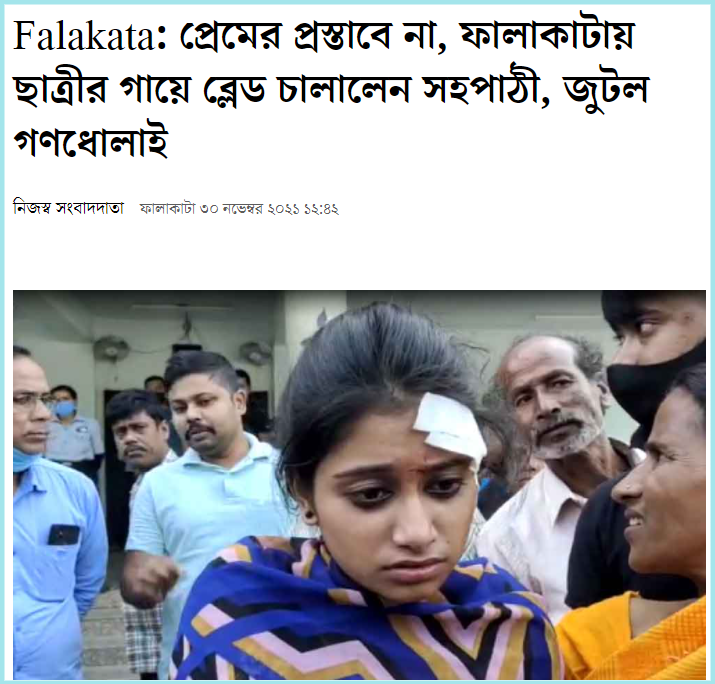 Fact Crescendo contacted a local journalist in Falakata who confirmed to us that the injured girl belonged to the Muslim community as well.

Next, Fact Crescendo contacted the IC, Sanatan Singha at Falakata police station. He told us that the incident has no communal angle. The girl who was injured belonged to the Muslim community as well. She lives in Falakata Dular Dokan village. The accused Fazadin also belongs from the Muslim community. Falakata police have arrested him. There is no Hindu-Muslim aspect to the incident.

Speaking with Fact Crescendo, the principal of Falakata College, Hirendra Nath Bhattacharya confirmed to us that he is aware of the students involved in the incident and both of them belonged to the Muslim community.

Fact Crescendo found the viral image on social media to be False. The incident that took place in Falakata has falsely been shared with a communal claim. Both the victim and accused belong to the Muslim community. Falakata Police and the Principal of the College has confirmed to Fact Crescendo that both of them belong to the same community.

Title:Assault on a Muslim Girl by a Muslim Boy in West Bengal shared with false claim of Love Jihad 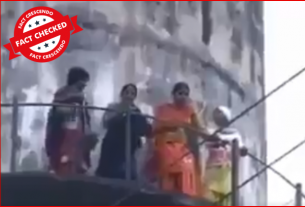 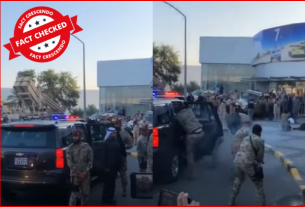 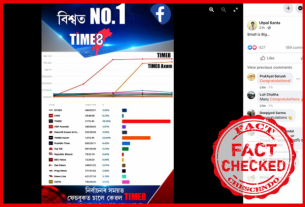