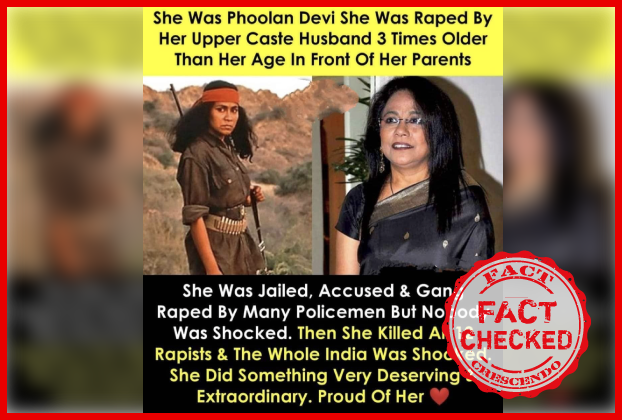 A collage of two images going viral across social media platforms claims that the person in both the images is former MP Phoolan Devi. The text in the image has the text

She Was Jailed, Accused & Gang Raped By Many Policemen But Nobody Was Shocked. Then She Killed All 12 Rapists & The Whole India Was Shocked. She Did Something Very Deserving & Extraordinary. Proud Of Her <3 “

Fact Crescendo found that the claim is False as the person in the images is not Phoolan Devi but, is Actress Seema Biswas instead. Biswas had essayed Phoolan Devi’s character in director Shekhar Gupta’s feature film “Bandit Queen”.

At first we ran a Google Reverse image search with the image on the left. We were led to an article published on May, 2019 in the lifestyle and pop culture website Scoop Whoop with the headline “If You’re Struggling To Find A ‘Good’ Biopic To Watch, Here’s A List.” We saw that this same image has been shared under the entry “Bandit Queen.” The description states that Seema Biswas had played the titular character which means the image is of Seema Biswas.

Following this, we ran a reverse image search with the other image and saw that it is also of Actress Seema Biswas. We found a page on Wikimedia Commons about the actor where the same image has been used.

Following this, we looked up Phoolan Devi on Google and came across an article published in August 2015 on India Today with the headline “Remembering the Bandit Queen: 10 things to know about Phoolan Devi.” The article has a number of images of the slain MP and from the images it is clear that the person in the viral image is not Phoolan Devi.

Who is Phoolan Devi: Phoolan Devi was a female rights activist, bandit and politician from the Samajwadi Party who later served as a Member of Parliament. Her story up to her surrender was immortalized through Mala Sen’s 1993 book India’s Bandit Queen: The True Story of Phoolan Devi followed by a controversial feature film “Bandit Queen” by director Shekhar Gupta. She was assassinated in 2001. Wikipedia states: “she was born into a poor family in rural Uttar Pradesh, and endured poverty, child marriage and had an abusive marriage before taking to a life of crime.”

From the above Fact Check, it is clear that the person in the images in the viral collage is not Phoolan Devi but is Actress Seema Biswas who had portrayed the character of the slain MP in the movie “Bandit Queen.” The claim is Misleading.

Title:The person in the viral image is not Phoolan Devi 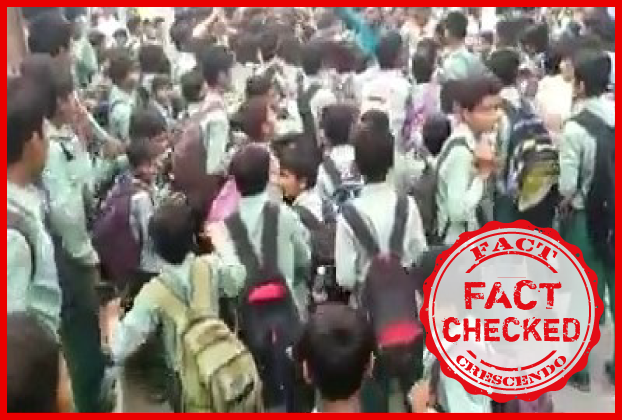 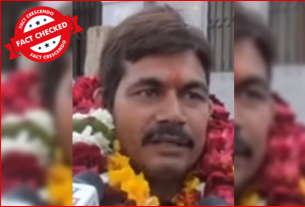 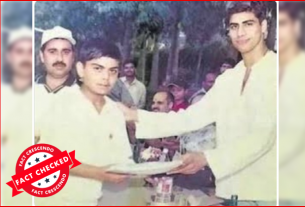