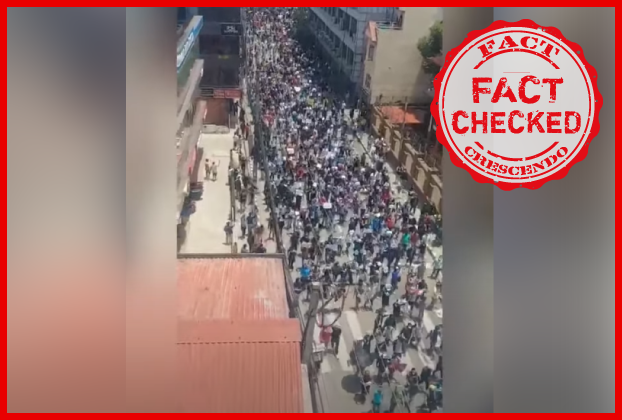 Amidst the escalated border tensions with China and Nepal, a viral video on social media platforms is doing the rounds where a huge number of people can be seen protesting. It is being shared with the claim that people in Nepal have started to revolt and come out on the streets against their Prime Minister KP Sharma Oli for its pro-Beijing stance.

The post mentions that “The people of Nepal have started a revolt against the Prime Minister of Nepal for brokering on behalf of China. Thanks to these residents of Nepal. May the brotherhood of India and Nepal remain intact.”

Fact Crescendo found that the protest video is from Kathmandu where the people were demonstrating against the Nepal government for its alleged failure to control the spread of Covid-19 and the lockdown.

We started our investigation by using the InVid Tool and running a Google Reverse Image search on one of the keyframes which led us to this video uploaded on a YouTube channel named “Kinima TV” on June 11th titled, “People hit the streets in Nepal protesting against the lockdown”.

Next we ran a relevant keyword search on Google to find relatable news articles which led us to a news report published on 12th June 2020 by The Kathmandu Post. According to a report hundreds of youth defied the government’s warning against public gatherings and protests, and participated in peaceful rallies in various parts of the country on June 12th, demanding accountability from the government on its overall handling of the COVID-19 crisis. The report states that the KP Oli administration has repeatedly overplayed its role in the fight against COVID-19. Quarantine centres in Nepal are reportedly under-resourced, understaffed and overrun with people, making them a potential breeding grounds for the coronavirus infection. A majority of the Covid-19 fatalities in the country have been confirmed posthumously.

According to the report by Nepali News published on 11th June 2020, the country had witnessed strong anti-government demonstrations in early June against the Oli government’s alleged failure to handle the COVID-19 pandemic. As per the report, on June 11th, a gathering of hundreds of people marching towards Kathmandu’s Baluwatar area near the Prime Minister’s residence faced stiff resistance from the Nepalese police, who used water cannons and batons against the protesters.

On searching Facebook with possible keywords we found the Facebook page of a photographer named Elite Joshi, were we found a photo of the protest which confirms that these are the photographs of the same protest that can be seen in the viral video. The photo was uploaded on 11th June 2020. The caption of the post reads, “Police employed a water cannon and lobbed teargas at a peaceful protest organised in the Capital against the government’s lacklustre response to the Covid-19 pandemic,”.

Below you can see a comparison image between a photograph uploaded by Elite Joshi and  a screenshot from the viral video showing that the video and photograph is from the same protest and location.

Conclusion- Fact Crescendo found the above mentioned post to be False. The protest video is from Nepal however, these people were not demonstrating against their Government for its pro-China stance but instead were protesting against their government’s alleged failure to control the spread of COVID-19 and the lockdown.

Title:People in Nepal are not protesting against Nepal’s pro-China stance 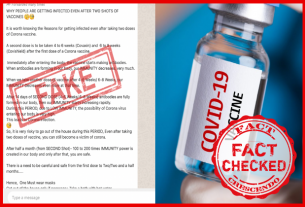 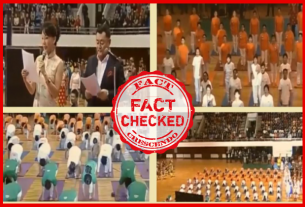 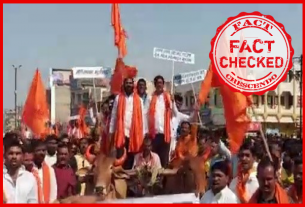