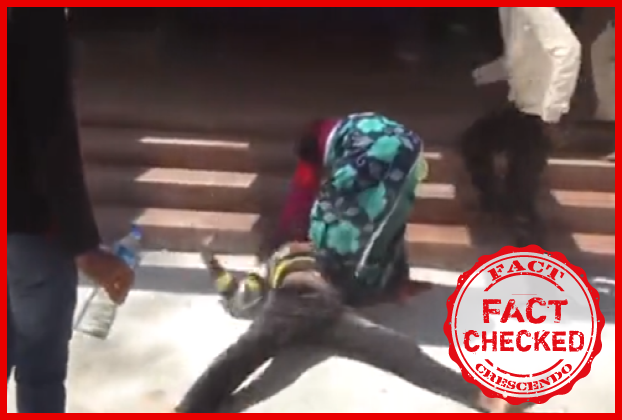 Many wrong videos and pictures related to coronavirus are being shared on social media with the aim of spreading panic among people. We found one such video doing the rounds on social media. Through this video, it is being claimed that a coronavirus infected patient is being tortured without treatment outside a hospital in Kanpur.

The title of the post reads, “Coronavirus Patient in Kanpur.”

With the help of InVid tool, we started our investigation by breaking this video into small key-frames and watching them closely.  In the video, a hoarding of the hospital can be seen on which “Mother Child Hospital Kanpur” (Pediatric Treatment Center, Kanpur) is written. You can also see “Corona Virus Isolation Ward” written in Hindi on this board, due to which people may feel that the person seen in the video is a coronavirus infected patient.

By doing a reverse image search on Google, we were able to confirm that the Images are from Ganesh Shankar Vidyarthi Memorial (GSVM) Medical College in Kanpur.

After that we searched for this video on YouTube and we found a report published by a YouTube news channel on 31st March 2020. In the report, Dr. Aarti Dave Lalchandani, Principal and Dean of GSVM Medical College has denied this incident.

Fact Crescendo contacted Dr. Aarti Dave Lalchandani, Principal and Dean of GSVM Medical College, and her statement was as follows: –

“The claims made through this video are false. The patient shown in the video is not a patient infected with coronavirus. He is an epileptic. This video was made to dishonor our hospital. The person shown in the video had come to the emergency ward a day before this incident and when he had an attack.  He was treated but he had to visit the hospital the next day too. The viral video was recorded by a local journalist present at the hospital on the 2nd day of the visit. In the video he has given the impression that no doctor was there to treat this patient. But, during such an attack, one should not try to hold or stop the patient, and because of this, the doctor and ward boy were waiting there. As soon as the patient was little stable, he was immediately shifted by the ward boy to the emergency ward. The doctors on duty outside the Corona ward have to maintain hygiene, so they did not touch the person. We also caught the local journalist who tried to spoil the reputation of our hospital by making this video. We have also lodged a complaint about this at the Swaroop Nagar Police Station. However after the journalist submitted an apology, we decided not to pursue charges against him. “

Thereafter, Fact Crescendo contacted Constable Vikas Tiwari present at Swaroop Nagar Police Station who told us that after Dr. Lalchandani made a verbal complaint in this case, the police reached the hospital for investigation. But by then, the man had left the hospital. After this, a complaint was filed against that alleged journalist. But it is clear that the viral video on social media is wrong because this video was recorded only in order to confuse people.

Conclusion: We found the above post wrong after checking the facts. The person shown in viral video on social media is not suffering from coronavirus. He is a patient of epilepsy. This video was made to with the intension to misguide people. A complaint has also been filed against the person who recorded this video. 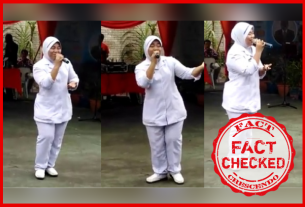 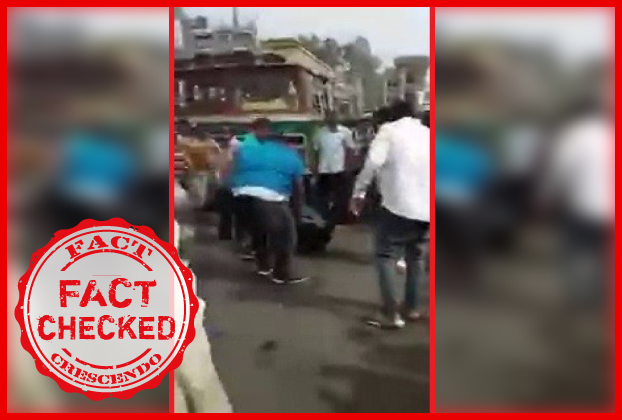 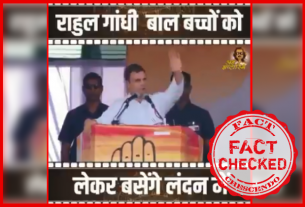