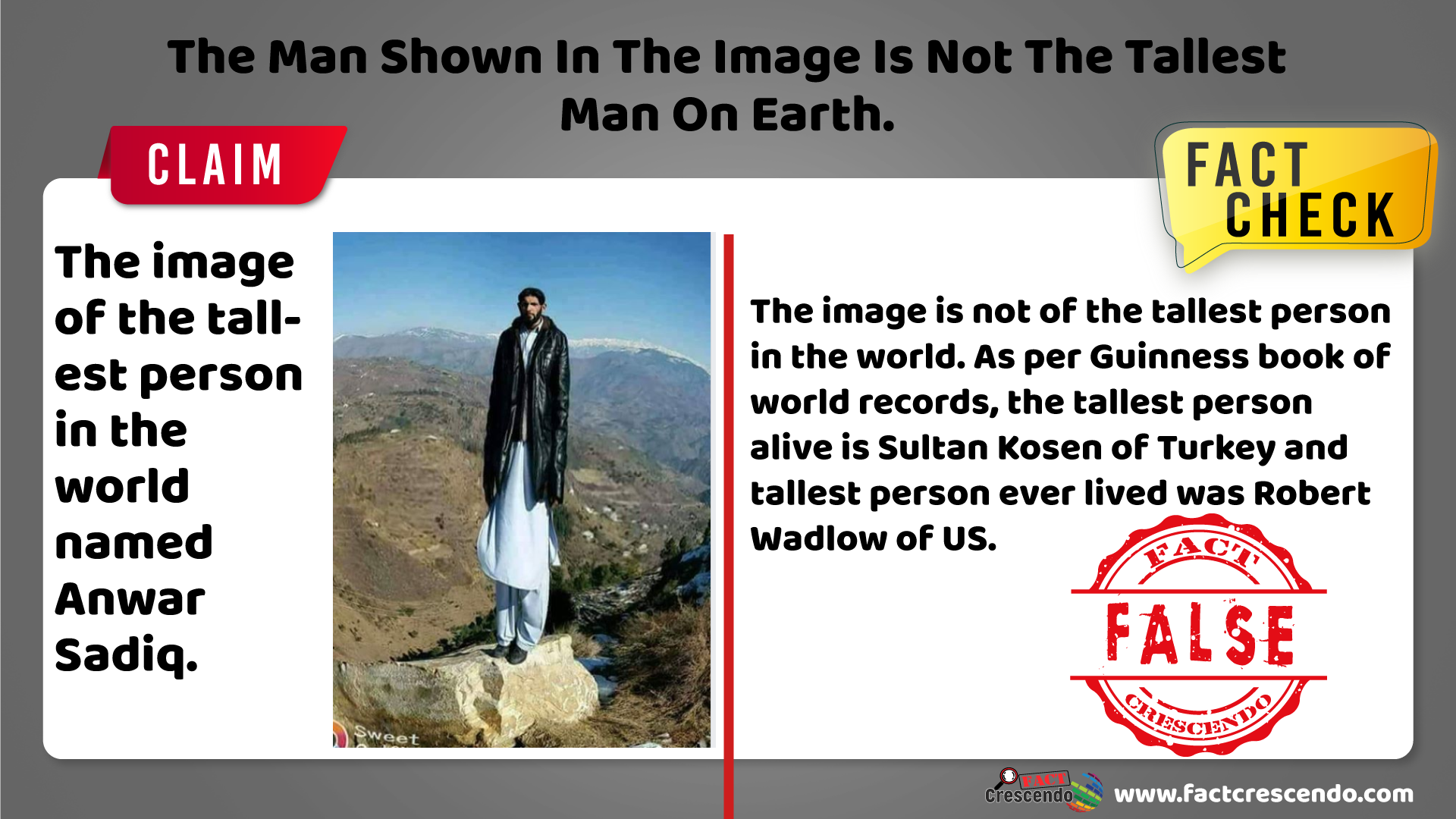 A Facebook page called Ottamoolikal had posted an image on June 14, 2019 with a caption in Malayalam claiming that the man seen in the image is Anwar Sadiq from Afghanistan and he is the tallest man in the world who stands 10 feet 9 inches tall.

The image shared in the post shows a giant man standing on the edge of a rock with valleys in the background. The image seems to be photoshopped at a glance due to the size of the head and the fact that the giant is standing on the edge of the rock perfectly. The post claims that his weight is 248kgs, still he is able to balance his body weight on the such a small area is incredible. So is he really the tallest man on Earth? Let’s find out the truth.

We subjected the image to reverse image search using engines like Google and Yandex. A lot of people have published similar posts claiming the man in the image is the tallest man on earth.

Among the results, we found a fact check report published by Bangalore mirror in which they have concluded that the man in the image, Anwar Sadiq is not the tallest man on earth. They have cited the Guinness book of World Records, which lists a man named Robert Wadlow to be the tallest man who ever lived on Earth.

We visited the website of Guinness book of world records and checked the record for the tallest man, which is indeed held by Robert Wadlow who died in 1940, stood 8ft 11inches tall when he was last measured a month before his death.

Robert suffered from a medical condition called Hyperplasia of pituitary glands, which causes abnormally high levels of human growth hormone (HGH) in the body. Even at the time of his death, there were no indications that his growth had stopped.

When we searched online for any news related to Anwar Sadiq, tallest man in the world, we did not find any news articles from credible sources that can support the claim made in the post.

The claim made in the post is mostly false because the tallest man living as per Guinness book of world records is Sultan Kosen and the tallest man ever lived was Robert Wadlow.

Title:Fake Alert: The Man Shown In The Image Is Not The Tallest Man On Earth 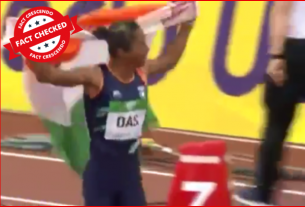 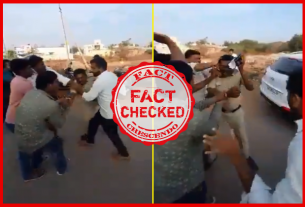 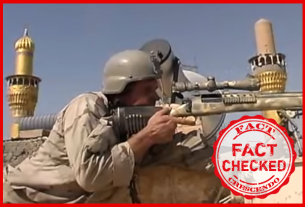