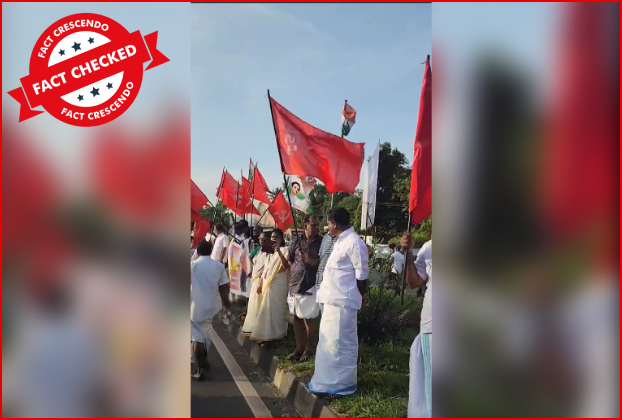 Video showing party workers carrying Red flags bearing sickle and hammer on it raising slogans in favour of Wayanad M.P. Rahul Gandhi and his ongoing Bharat Jodo Yatra is being shared heavily on Twitter since the last few days.

It is being claimed that Congress’s archrivals in Kerala, the Communist Party of India – Marxist (CPM), is cheering for Rahul Gandhi. However, we found that the video is not of CPM workers cheering for Gandhi but they are from another political party. Let us take a look at the narrative being spread on Twitter with this video and the truth behind it.

In the above tweet, the Twitter user claims that this video is of CPM workers cheering for Rahul Gandhi, their arch nemesis in Kerala. The people seen in the video are carrying Red flags with the renowned communist symbol of sickle and hammer.

The tweet has so far received 192 retweets and over 650 likes on Twitter. CPM along with its allies are the ruling party of Kerala. Its largest opposition is Indian National Congress. Hence, it is highly unlikely that CPM workers would join rival group’s movement and the party would allow them.

Let us see who are these people and why are they supporting Rahul Gandhi and Congress.

We observed the video closely and we can see that the flags have the name of the political party. The initials CMP are inscribed on the party flag along with the Sickle and Hammer logo.

The same can be seen on the banner these workers are holding.

In the comparison given below, you can see that their flag is almost identical to the flag of Communist Party of India (Marxist). Hence, there are high chances that people wrongly presumed it to be CPM’s flag.

CMP was founded in 1986 when its founder M.V. Raghavan was expelled from CPM. The party however split in 2014 and one of its faction led by C.P. John is still a member of the UDF. It is the workers of this party that can be seen in the video cheering for Rahul Gandhi. The other faction led by M.V. Rajesh had joined the LDF. Both the factions later merged to become one again.

The people seen cheering for Rahul Gandhi in the viral video are from Communist Marxist Party (CMP) and not Communist Party of India – Marxist (CPM). The flags seen in the video are of CMP and their name is written even on the banner held by the party workers. CMP is an ally of Congress party in Kerala.

Title:Did CPM Workers Cheer for Rahul Gandhi during his Bharat Jodo Yatra in Kerala? Here is the truth… 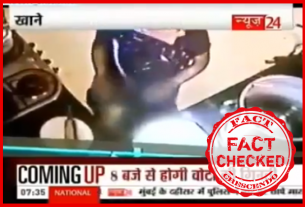 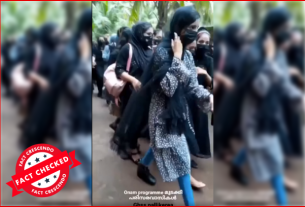 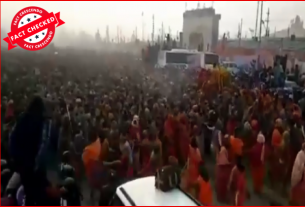