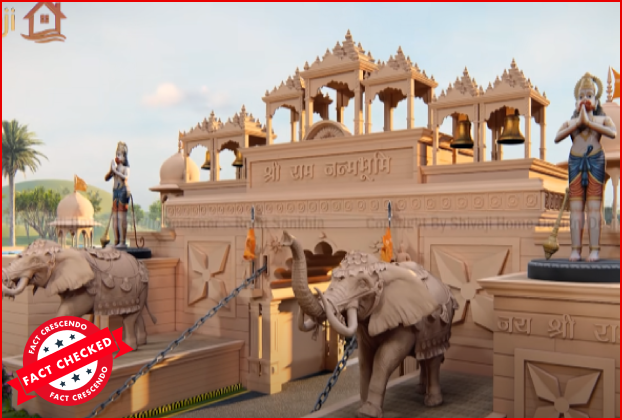 The creator confirmed to us that the video was created by taking inspiration from the original 3D animation movie of the Ram Temple.

A video showing a three dimensional video of a grand temple with “Shree Ram Janmbhoomi” written on its entrance is widely circulating on social media with the claim that it shows the 3D visuals of the Ram Mandir to be built in Ayodhya released officially .

The caption of the video states, “We are building Ayodhya, look at the grand temple.”

We started our investigation by running a keyword search on Google whose results led us to a YouTube video published on 3 November 2021 by Shivaji Home Design. The caption of the video states “Bhavya Ayodhya Ram Mandir 3D Animation 3d walk through #ShivajiHomeDesign.” Shivaji Home Design Team by their designer named Rohit Sankhla created this video.

Fact Crescendo contacted Shivaji Home Design who confirmed to us that this video is not a government-approved design. He has created it after taking inspiration of the 3D rendered Ram temple model.

Next, we came across a tweet by Shri Ram Janmbhoomi Teerth Kshetra on 13 February 2022 that stated, “All of you must be curious about how a grand temple will look like after its construction on the birthplace of Lord Shri Ram. To give you an idea of this grand and divine masterpiece, we have tried to showcase it through a 3D video.”

Fact Crescendo found the claim made along with the video to be Misleading. The viral video does not show the official 3D visuals of the Ram Mandir under construction in Ayodhya. The video was created by taking inspiration from the original 3D animation movie of the Ram Temple.

Title:This video is NOT the official 3D visuals of the Ram Mandir to be constructed in Ayodhya… 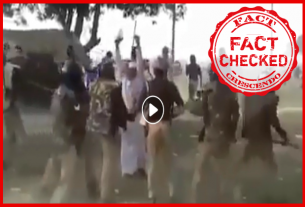 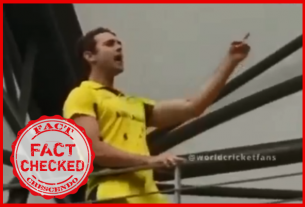 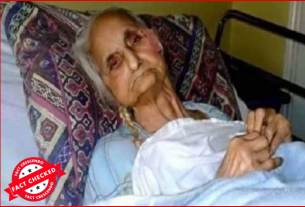