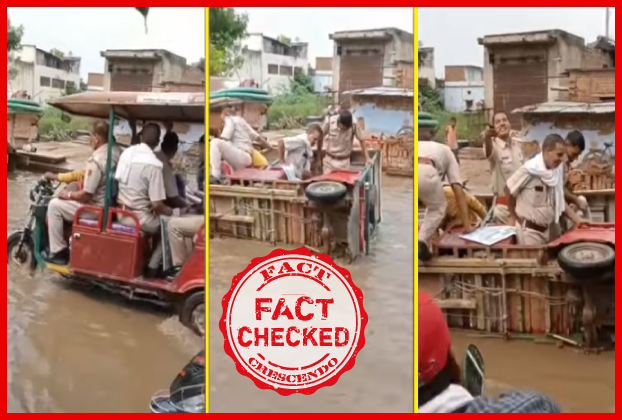 A video showing a rickshaw carrying policemen overturning into muddy water is going viral. Some claimed that this video is from Uttar Pradesh, and some have shared it as being from Haryana. Many have been sharing this video to show the deplorable condition of the roads in those respective states.

We found out that this video is neither from UP nor Haryana.

The 23-second clip shows a few policemen travelling in an e-rickshaw on a waterlogged road. Suddenly, the rickshaw stumbles upon something underwater and it overturns. The policemen fall into dirty water.

West UP Congress Sevadal tweeted (now deleted) this video with a jibe saying – “UP police was about to drown in the flood of “development” under Yogi Adityanath government.”

Similar claims were done about this video by sharing it as being from Haryana.

The same video is also viral on Facebook stating it to be from UP.

A keyword search led us to a report published by Dainik Bhaskar last week. According to it, the incident shown in the viral video took place in Bandikui town of Dausa district in Rajasthan.

The road was flooded due to rains. The e-rickshaw driver could not see the pothole on the road and the vehicle overturned. No one was injured in this accident.

Navbharat Times has also shared this video on their YouTube clearly stating that it is from Rajasthan.

Fact Crescendo got in touch with Dausa SP Anil Kumar who confirmed that the viral video is indeed from the Dausa district.

“The viral video has nothing to do with UP. It is from Rajasthan. We can say that the viral claims are false,” he told us.

After the said video went viral with the wrong claim, the Fact-Checking arm of UP Police put out a clarification tweet about this video.

Thus, the viral video of police falling into dirty water on the road while travelling in an e-rickshaw is not from UP or Haryana. It is from Rajasthan. 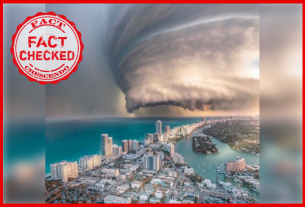 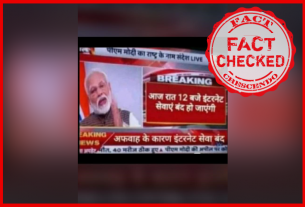 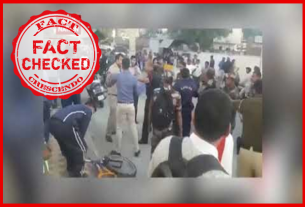