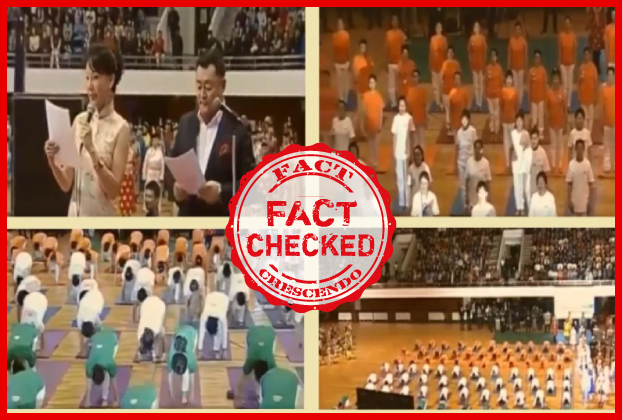 The Tokyo Olympics 2020 kick started on July 23, with 120 Indian athletes (67 Men, 53 Women) participating in the tournament. Weightlifter Mirabai Chanu won a historic silver medal in the women’s weightlifting (49kg category) on July 24 and ended India’s 21-year wait for an Olympic medal in the discipline.

Amidst this, a video is going viral on social media platforms claiming to show the opening ceremony of the Olympics 2020 held in Tokyo, Japan where the performers are dressed in the tricolors of India’s national flag. Further the video claims that Surya Namaskar being performed at the opening ceremony.

The caption on the post mentions “Surya namaskar “सूर्यनमस्कार”being performed at the opening ceremony of Olympics in Tokyo Japan with our National flag Dress Code… Take pride in spreading our culture throughout the world.”

We started our investigation by breaking the video into small key frames with the help InVid We Verify tool and ran a Google reverse image search on the same which led us to a live-streamed video published by the verified YouTube channel of PM Narendra Modi. The video was published on 17 May 2015. The headline of the video states that “PM Modi at the Community Reception & Yoga Event organized by ‘Art of Living’ in Mongolia.” The description of the video mentions that the Prime Minister, Shri Narendra Modi at the Community Reception and Yoga Event, organized by “Art of Living”, in Ulaanbaatar, Mongolia on May 17, 2015. The duration of this video is 29:40 minutes.

Next, we ran another keyword search, which led us to tweets made by the official spokesperson of the Ministry of External Affairs. The tweet mentioned “India & Mongolia – United in spirit and now also through Yoga. PM @narendramodi attends program by Art of Living. We also found a tweet made by the official account of the Art of Living. The Art of Living is a non-profit organization founded by Sri Sri Ravi Shankar in 1981, which operates in 156 countries. Both the tweets were made on 17th May 2015.

According to news reports, PM Narendra Modi addressed a community reception and yoga event at the Buyant Ukhaa Stadium, organized by the Art of Living foundation of spiritual guru Ravi Shankar.

Conclusion- Fact Crescendo found the above-mentioned post to be False. A 2015 video showing participants performing Surya Namaskar in Mongolia is going viral falsely claiming that it shows the opening ceremony of the Tokyo Olympics.

Title:2015 video from Mongolia viral as the opening ceremony of the Tokyo Olympics 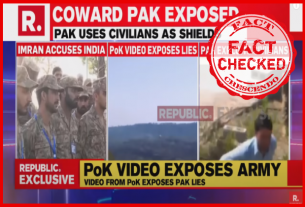 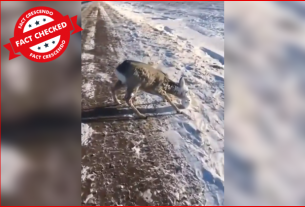 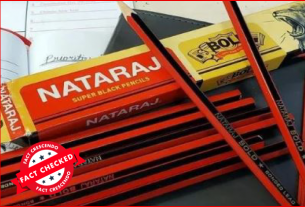