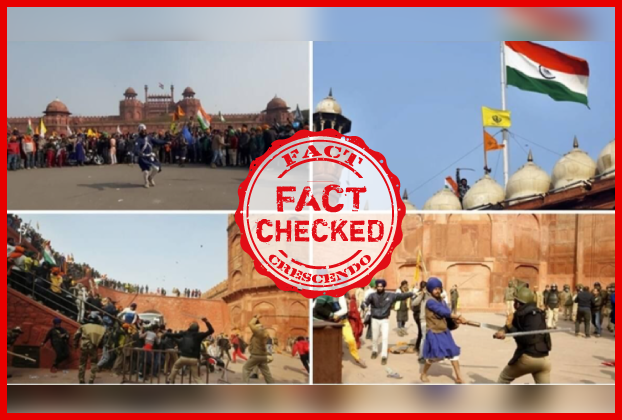 During the farmers’ tractor rally that took place on Republic Day on 26th January, there was a lot of commotion the Red Fort in Delhi. Social media is filled with images and video related to this event. Meanwhile, a post on social media is largely being circulated with the claim that the children and artists involved in the Republic Day parade were taken as hostage by the agitators participating in the farmers protest, after which the Delhi Police rescued the children and 200 artists from the farmers. The post clearly claims that the children and artists were held hostage against their will by the farmers protesting against the Farm Bill 2020 at the Red Fort on 26th January 2021.

We first investigated the viral claim through keyword search on Google, but we were unable to find any credible news article which could confirm that hostages were taken by the protestors during the unrest at the Red Fort during the Farmers Tractor Rally that took place on 26th January.
Through further investigation, we found a tweet by ANI in this regard whose caption mentions that, “There were around 300 artists including children at the Red Fort. As the situation developed, we provided them with food and shifted them to a safe place, Daryaganj Mess: DCP (North) Anto Alphonse”

Below this tweet, we saw another tweet made by ANI, some pictures have also been published in that tweet. The tweet’s headline reads, “Around 200 artists from the Republic Day parade were stranded near the Red Fort at 12 noon due to a tractor rally, they have now been rescued by the Delhi Police.”

Subsequently, we contacted the office of DCP Anto Alphonse of North Delhi Police and he clarified that, “Viral claims on social media are completely False. No one was held as hostage against their will by the agitators. Children and artists participating in Republic Day parade were stuck at the Red Fort due to tractor rally of the farmers. We divided them into small groups in a very safe manner and took them away from the site, fed them and then they were sent back. Usually after the Republic Day parade, the participants in the parade visit the Red Fort. The tractor rally by the farmers was supposed to start after the Republic Day but some how they started early due to which there was a commotion near the Red Fort, thus the participants including children and artists got stranded. The demonstrators had reached the Red Fort via Ghazipur border, while they were told that the tractor rally would start only after the Republic Day parade was over. Amidst this the children and other artists were stuck there. The news that they were taken captive is absolutely wrong.”

Conclusion– Fact Crescendo found the above-mentioned post to be False. The police of North Delhi rescued the artists and children trapped near the Red Fort due the tractor rally and took them to a safe place. They were not captured by the agitators.

Title:No hostages were held by the farmers protesting at the Red Fort on Republic Day 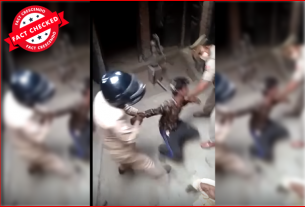 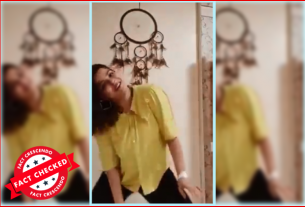 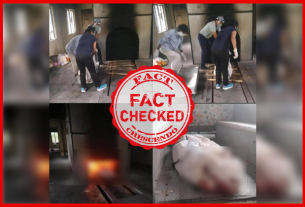 Are organs of alleged coronavirus infected patients in Mumbai being smuggled?