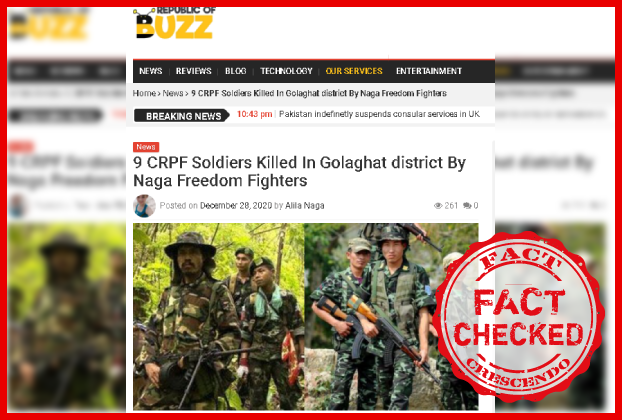 A Facebook post going viral in Northeast India claims that 9 CRPF soldiers were killed recently by a Naga insurgent outfit.

Posted on December 28, 2020 by page Alila Chophy Naga, the post has the link to an article published on the website Republic of Buzz with the Headline “9 CRPF Soldiers Killed In Golaghat district By Naga Freedom Fighters.”

Fact Crescendo ran a Fact Check and discovered that the claim is False. Here’s how:

At first we read the entire article thoroughly and noticed that despite the Headline mentioning that 9 soldiers have been killed, the first paragraph says “Seven soldiers from the CRPF unit are killed in ambush in Upper Assam’s Golaghat district, near the Nagaland border.”

We ran a Google Search with relevant keywords but failed to find any news about insurgents killing 9 or 7 CRPF soldiers in Golaghat or Nagaland recently on any reliable news platform.

We got in touch with Bibhash Chandra Modi, the Deputy Commissioner of Eastern Assam’s Golaghat District, bordering the state of Nagaland, to verify the information. He rubbished the claim that any such incident had taken place in the district. He said, “There has been no official communication about any such attack on either of the two companies located along the border. Nothing of this kind has happened in Golaghat district.”

We also checked the social media handles of India’s defence services and the various handles of Nagaland Administration but did not find any post corroborating the claim.

The claim that 9 CRPF soldiers were killed recently by a Naga Insurgent Outfit is False. No such incident has taken place recently. 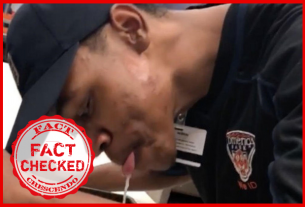 No, Man Spitting on Pizza is Not Muslim Immigrant in London Restaurant 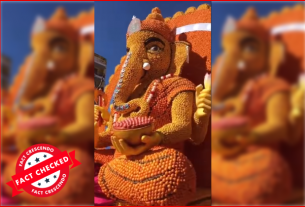 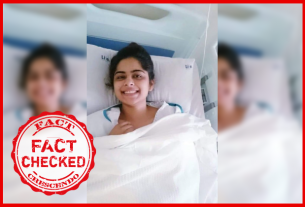