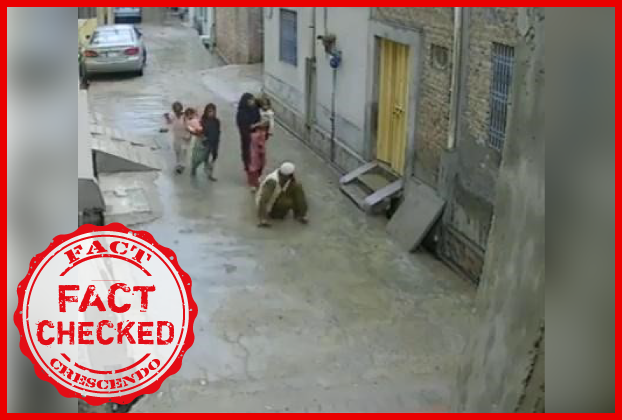 On 31st October, a Facebook user named “Sonu Pandit” posted a video captioned as “rajadhani Delhi mein hua #allaah bahut bada chamatkaar, bheekh maangate hue vikalaang yuvak ke hue pair theek.” A man can be seen crawling through the street in the video. It seems that this man is physically challenged. A woman along with children can be seen walking behind this man on the street. The woman and the girl both can be seen wearing a hijab. After some time, we notice that this person stands up and walks away with his family on both his legs. Sharing this video on social media, it is being claimed that this video is from Delhi where a physically challenged young man’s legs were suddenly healed.

In the beginning of the investigation, we broke this video into small key frames using the InVID tool and Google Reverse Image Search. As a result, we found a video uploaded to YouTube on 10th March 2018, captioned as “Pakistani beggar Talent”.

A News report by Divya Bhaskar published in January 2019 also confirms that the incident recorded on CCTV was from Lahore, Pakistan.

However, we cannot independently verify that the video belongs to which place in Pakistan, but the above facts completely prove that this incident has no relation with India.

Conclusion: We found the above post wrong after checking the facts. This video went viral on social media, in which we can see a man pretending to be a handicap. The video is not from Delhi but from Pakistan.

Title:The viral video of a beggar pretending to be a handicap is from Pakistan 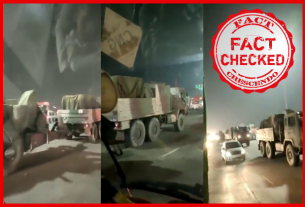 NO, there has been no Army deployment in Delhi against the farmers 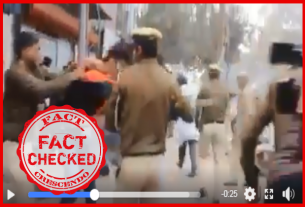 Is this video of lathicharge on Shikshakarmis in Gorakhpur on 1st June? Fact Check!