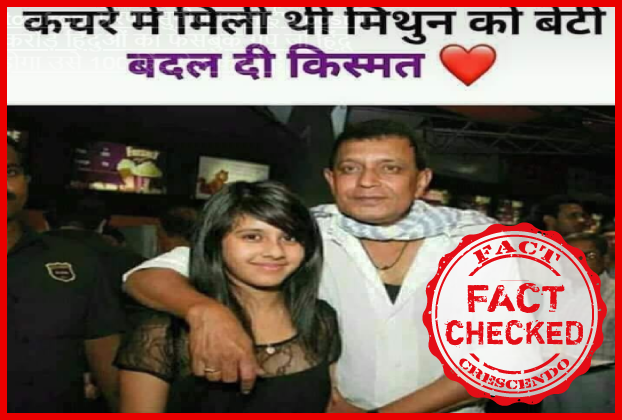 A Facebook user named ‘Prerna Sunil Parsai’ shared a post on 31 May 2019. The post as translated from Hindi quoted “Mithun found a girl in garbage, changed her fate, hats off to Mithun da.” As per this post’s claim, Mithun Chakraborty found a girl in the garbage and adopted her. Let us see what the facts are!

We began our search by searching on google with ‘mithun chakraborty adopted daughter’ key words and what we found is below.

‘MSN’ published an article on this, which stated that Mithun Chakraborty has adopted Dishani (his daughter). As an infant, some people found Dishani in a dumpster by some people at West-Bengal. Later an NGO saved her. However, she was in a weak health condition. When Mithun read this news in a newspaper, he decided to adopt her. Click on the link below to read the entire article.

A website called ‘YourStory’ also published the same story, where they stated that a worker from the NGO had saved Dishani. When Mithun and his wife read the news, they decided to adopt her. Click on the link below to read the entire article.

A website called ‘Masala’ had also published the same story, where they have mentioned the touching story of how did Mithun and his wife adopted Dishani. Click on the link below to read the entire article.

We also got a YouTube video where it is said when Dishani was small, some people had picked her up from the garbage bins. Newspapers also published this news. As soon as they read this news, Mithun and his wife decided to adopt this baby girl. They raised up Dishani with a lot of love. Today, when Dishani has grown up, she is about to start her acting career in Bollywood. Nowhere in this video is it mentioned that Mithun himself brought direction from the dumpster. He adopted Dishani in a legal way. We have given the video below for reference.

Based on the evidences we can confirm that Mithun Chakraborty did not find his daughter in a dumpster, but he legally adopted her from an NGO. Although, Dishani was originally found in a dumpster by an NGO worker.

Fact Crescendo has fact checked and confirms that the claim shared in the post is a wrong narrative. We categorise the story as FALSE.

Title:Did Mithun Chakraborty adopt a child, which he found in the dustbin? Fact Check! 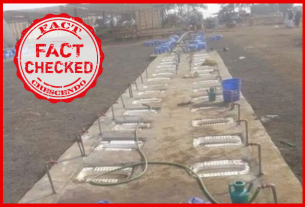 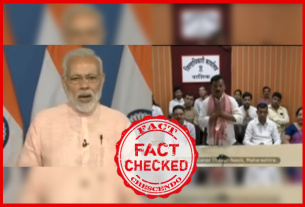 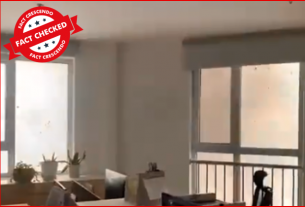 This video was not shot inside the skyscraper in Changsha China; the video dates back to 2021.