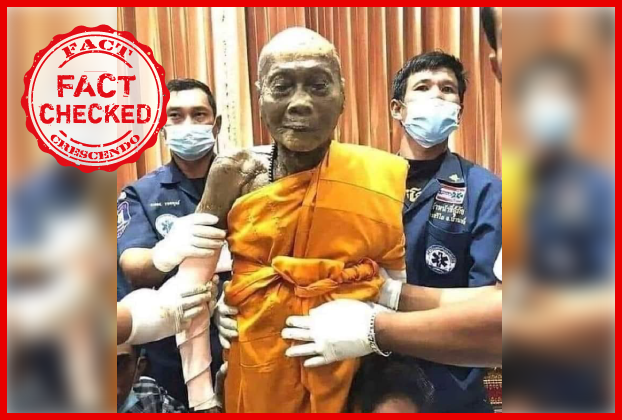 Images shows a monk who died in 2017 whose body was exhumed months after his death for Buddhist rituals. An image showing two police officers carrying remains of an old Buddhist monk is widely circulating on social media. Social media users claim that the image is of a Tibetan monk discovered in the mountains of […]