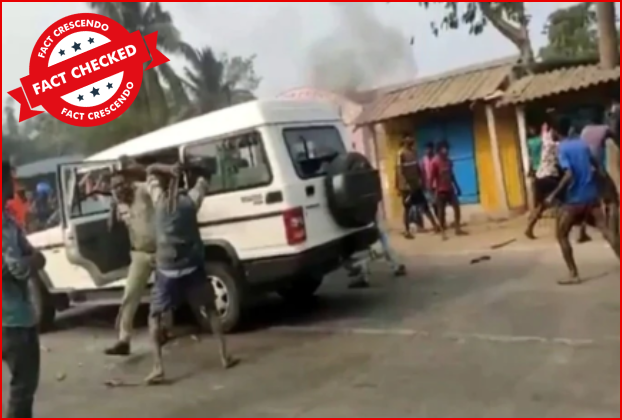 A video of people attacking police is widely circulating on social media. Users are claiming that this video is from Bihar during the Agneepath protest.  However, Fact Crescendo found the claim is false. This is an old video from Odisha where an angered mob attacked police after the death of a youth.  What is the […]