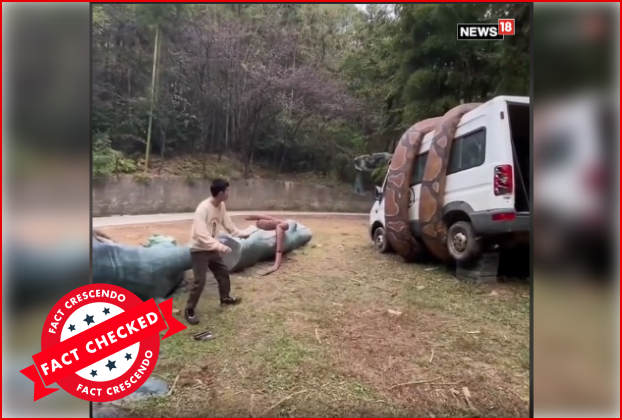 News18 published a video showing a man standing in fear near a massive Python wrapped around a white colored van. The caption of the Facebook post says, “When man fights nature!”

However, we found that the video is not of a real snake but an artificial one. Here is the truth of the video.

You can see below the bizarre video posted by News18 on their Facebook page.

The caption of the Facebook post suggests that the video shows a massive Python wrapped around a van as a man tries to fight it with a stick. Many users have commented that this video seems fake. While some suggested that the scene is from some movie, others said that the video is possibly edited.

So, is this a scene from a movie or an actual monstrous reptile wrapped around the van in the video? Let us find out.

We searched on Google using keywords related to the scenes shown in the video. As a result, we found a fact check by a Taiwanese Fact Checker My Go Pen. As My Go Pen’s Fact check, the video is not of an actual snake but an artificial giant snake from a Chinese Zoo.

The snake is an art installation at the Zhongnan Baicao Garden, a zoo and amusement park in the Zhejiang province of China. You can find the video of this giant snake on the Park’s account on Douyin website.

From the above video, we can clearly see the Snake seen in the video is artificial and not real. You can see the head of the snake which clearly looks like a toy. A comparison of screenshots from both the videos can be seen below. The snake and the van seen in News18’s video is same as the one seen in the Douyin video posted by the park.

The video showing a giant Python wrapped around a van is not of a real snake. From our investigation, it is clear that the snake seen in the video is an art installation in a zoo in China’s Zhejiang province.

Title: Is the Giant Snake Wrapped around a van in the viral video real? Here is the truth… 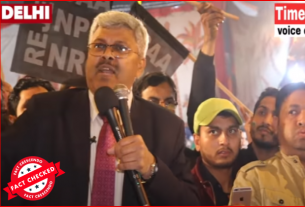 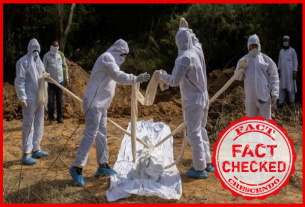 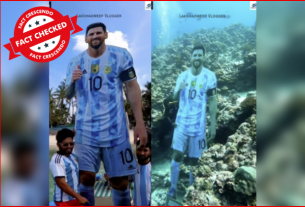