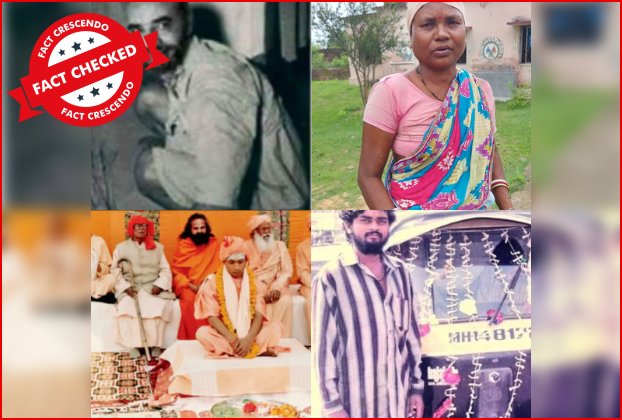 However, we found the images to be either altered or unrelated. Let’s check out the reality of these photos.

Four photos are going viral on social media. These photos are claimed to be the photos of PM Modi, President Murmu, UP CM Yogi Adityanath and Maha CM Shinde respectively in their youth. You can see one of the tweets on Twitter below sharing these four images.

Thus, it is evident that the fake photo was created by editing the above stock image. As per the description on the stock image website, Max Desfor for AP took original photo in 1946. The photo is of a Harijan from pre-independent India sweeping floor of a house.

In 2016, an RTI response too confirmed the image allegedly showing PM Modi sweeping in his youth is morphed. We have previously fact checked this image on multiple occasions and you can read our fact check reports on this image in the following languages.

The second image that is claimed to be of newly elected President of India Smt. Droupadi Murmu is also not related to her. We did a Google reverse image search of the image and found the image in a report published by News18 report by Rupashree Nanda. The report has many interviews of people associated to President Murmu. One of the persons interviewed was Sukumar Tudu, a safai karamchari at a primary health center in Uparbeda, Odisha. Her image is being shared as young Droupadi Murmu.

The third image in the collage is indeed of Yogi Adityanath. In 1994, a young Ajay Singh Bisht received ‘deeksha’ and was rechristened as Yogi Adityanath. It was during this ceremony that this picture was taken.

Three out of the four photos in the collage are not related to the politicians named against them. The photo of PM Modi is an old morphed image. Whereas the photos alleged to be of Eknath Shinde and President Droupadi Murmu respectively are not related to them. They are of different people. Only image, which is accurately labeled, is of UP CM Yogi Adityanath. 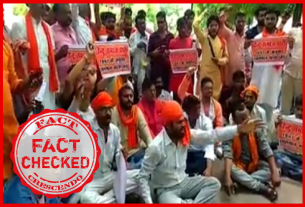 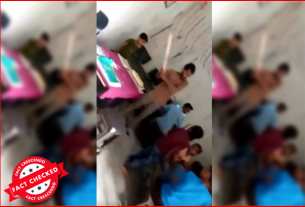 Video of a teacher thrashing a child is not from Gujarat. 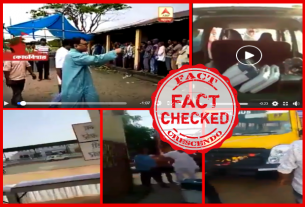 Fact Check: Do these 5 videos prove that BJP manipulated EVMs to win more than 300 seats…?