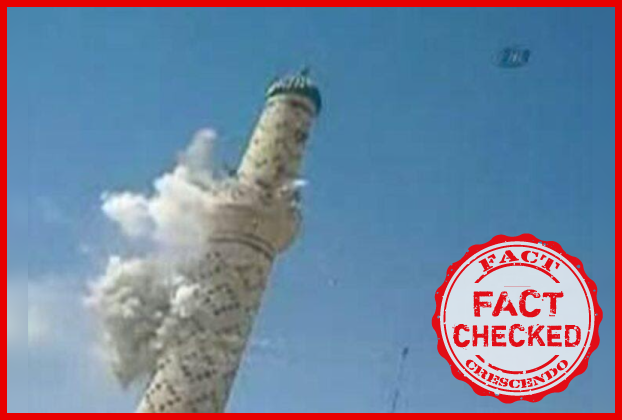 A video of heavy gunfire on a minaret of a mosque is going viral on Indian social media with the claim that Israeli forces shut down the azaan (Islamic call to prayer) in a mosque in Palestine.

We found out that the viral claim is false and the video has nothing to do with Israel or Palestine.

A one-minute video shows a minaret of a mosque being gunned down while the azaan is playing in the background.

The same video with a similar claim is also available on Facebook.

To determine the veracity of the claim, we first looked for the original video. The Google reverse image search led us to many results which clearly established the fact the video is not new and is available on the internet since 2008.

According to the title and description, the video is of the US military firing on a mosque unprovoked in Iraq. It was revealed during the testimony of a US Marine Jon Turner.

Taking the clue from it, we searched for Jon Turner’s testimony.

Jon Turner had produced this video at a gathering of US Veterans – Winter Soldier – organized by Iraq Veterans Against the War (IVAW).

It was held in Maryland on March 15, 2008. Turner had served with the US Marines as an automatic machine gunner. He went on an Iraq tour in 2006.

Turner spoke of atrocities and shootings of innocent civilians done by him and his troop in Iraq.

In the Democracy Now coverage of the Winter Soldier event, you can see the viral video being shown at 6.30.

“This is after one of the guys in a weapons company had gotten shot. This is a way that we would take out our aggression,” says Jon Turner about the video.

He further elaborates, “For those of you who don’t know, it is illegal to shoot into a mosque, unless you were taking fire from it. There was no fire that was taken from that mosque. It was shot into because we were angry.”

Disturbed and disillusioned by his time in Iraq, Turner expressed his anger by stripping his medals and ribbons from his chest and throwing them into the audience.

It is clear now that this video is from Iraq and the US troops destroyed the minaret. The viral claim of Israeli forces gunning down a Palestinian mosque is false.

Also, the original video does not have azaan playing in the background. It was digitally added in it and shared with the misleading claim.

Title:Did Israel gun down a mosque in Palestine during the Azaan? 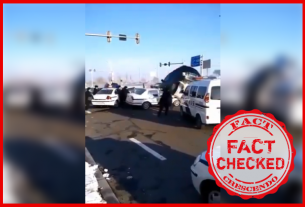 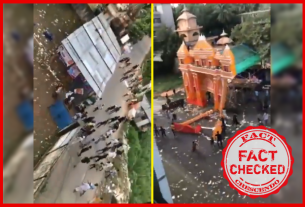 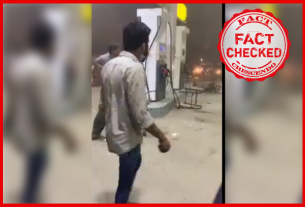