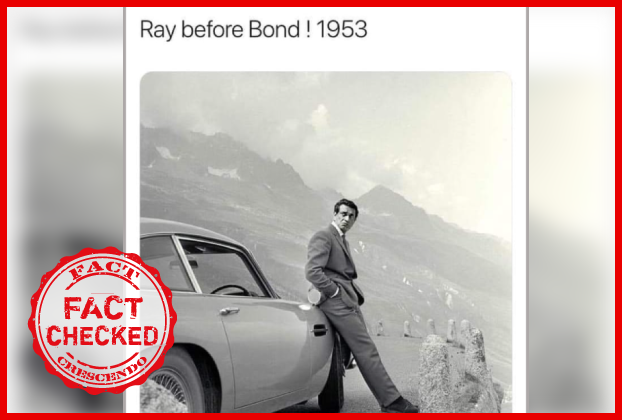 The image is digitally edited to shows filmmaker Satyajit Ray. Original image was taken in 1964 showing actor Sean Connery as James Bond. An image of filmmaker Satyajit Ray standing with his luxurious sedan Aston martin is widely circulating on social media claiming that Ray’s image was captured in 1953. The caption of the image […]