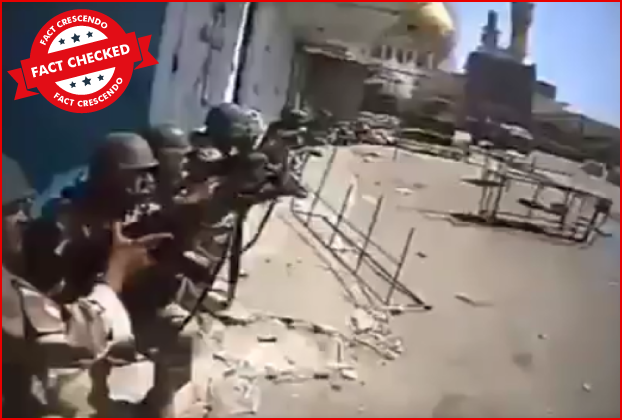 The video is not a footage from the clashes between the Russian and Ukrainian army. The video originally shows US Special Forces raiding the Golden Mosque in Iraq in 2004. Russian forces have launched a major military assault on Ukraine, with reports of missile strikes and explosions near major cities of the country. In a […]